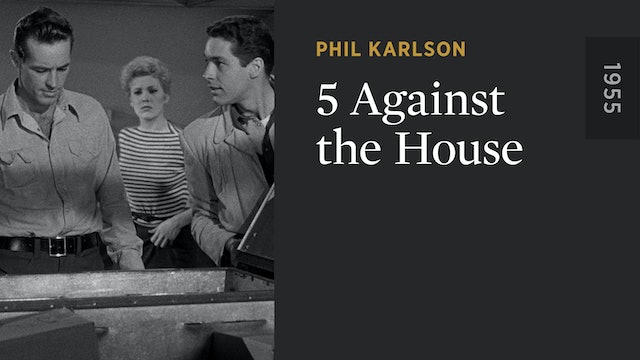 Noir specialist Phil Karlson brings an offbeat verve this briskly entertaining heist thriller, which features an early performance from soon-to-be superstar Kim Novak. She is among a group of college friends who, as a joke, devise a seemingly foolproof plan to rob a large Reno casino. When one of the participants—a Korean War vet with PTSD—decides that the plot isn’t just a game, their supposedly harmless prank suddenly becomes all too real.