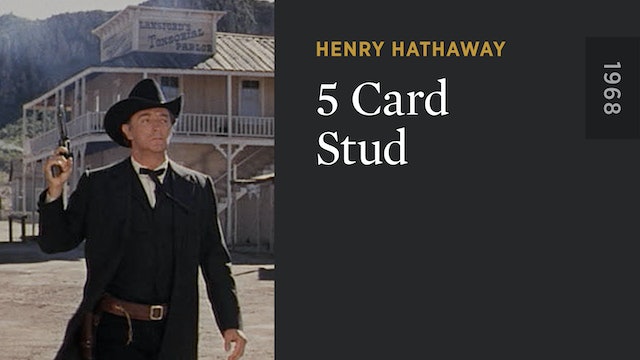 After a stranger is caught cheating in a game of five-card stud in a Rincon, Colorado, saloon, Van Morgan (Dean Martin) tries unsuccessfully to save the gambler’s life as the other five players kill the cheat. Soon afterward, the men involved in the game begin to be murdered one by one—and it’s up to Morgan to track down the killer. Robert Mitchum costars as the town’s forbidding new preacher in this rough-and-tumble western mystery expertly directed by veteran craftsman Henry Hathaway. 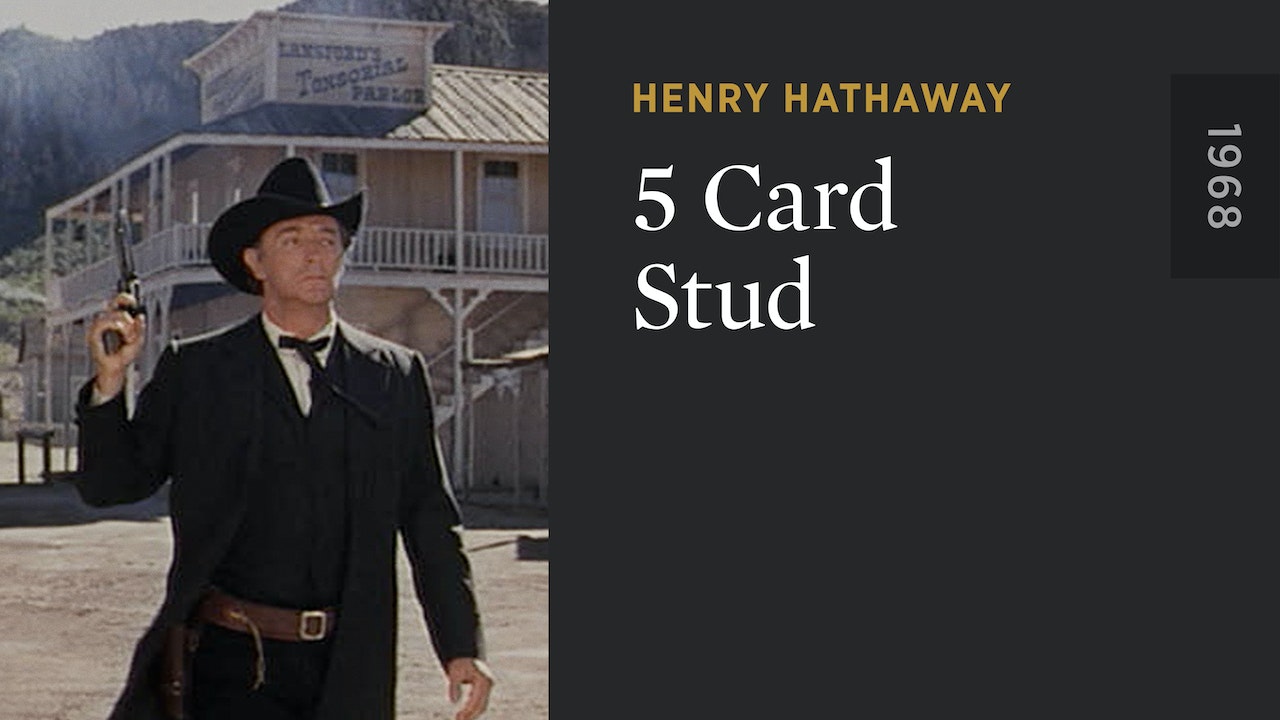