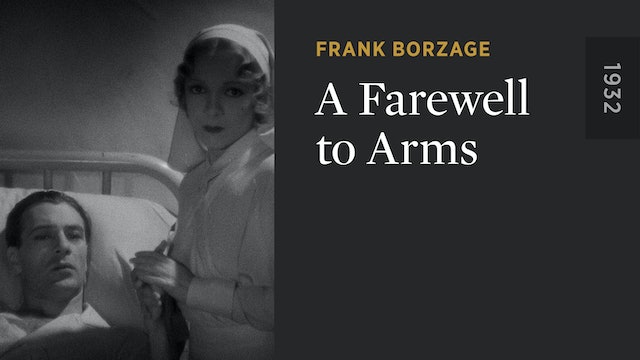 A Farewell to Arms

Classic Hollywood’s arch-poet of romantic mysticism, Frank Borzage, transforms Ernest Hemingway’s classic novel into a feverish paean to the transcendent power of love. Gary Cooper is the troubled American ambulance driver serving in the Italian Army and Helen Hayes the British Red Cross nurse with whom he finds seemingly impossible love amidst the tumult of World War I. It all builds toward a delirious, expressionist climax in which physical and spiritual passion meet death in an ecstatic embrace.