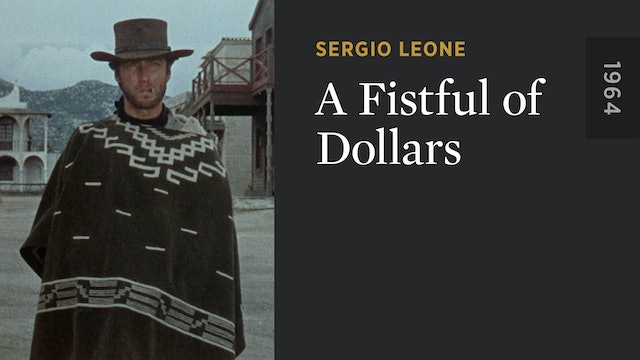 A Fistful of Dollars

Sergio Leone made Clint Eastwood a superstar and the spaghetti western an international sensation with the boldly stylized first film in his celebrated Dollars Trilogy. An unofficial remake of Akira Kurosawa’s YOJIMBO, A FISTFUL OF DOLLARS tells the story of the Man with No Name (Eastwood), a taciturn gunfighter who, when he receives offers from two gangs terrorizing a small town, accepts both, setting into motion a plan to destroy the criminals in a series of operatically orchestrated setups, showdowns, and deadly confrontations, all set to Ennio Morricone’s iconic score. 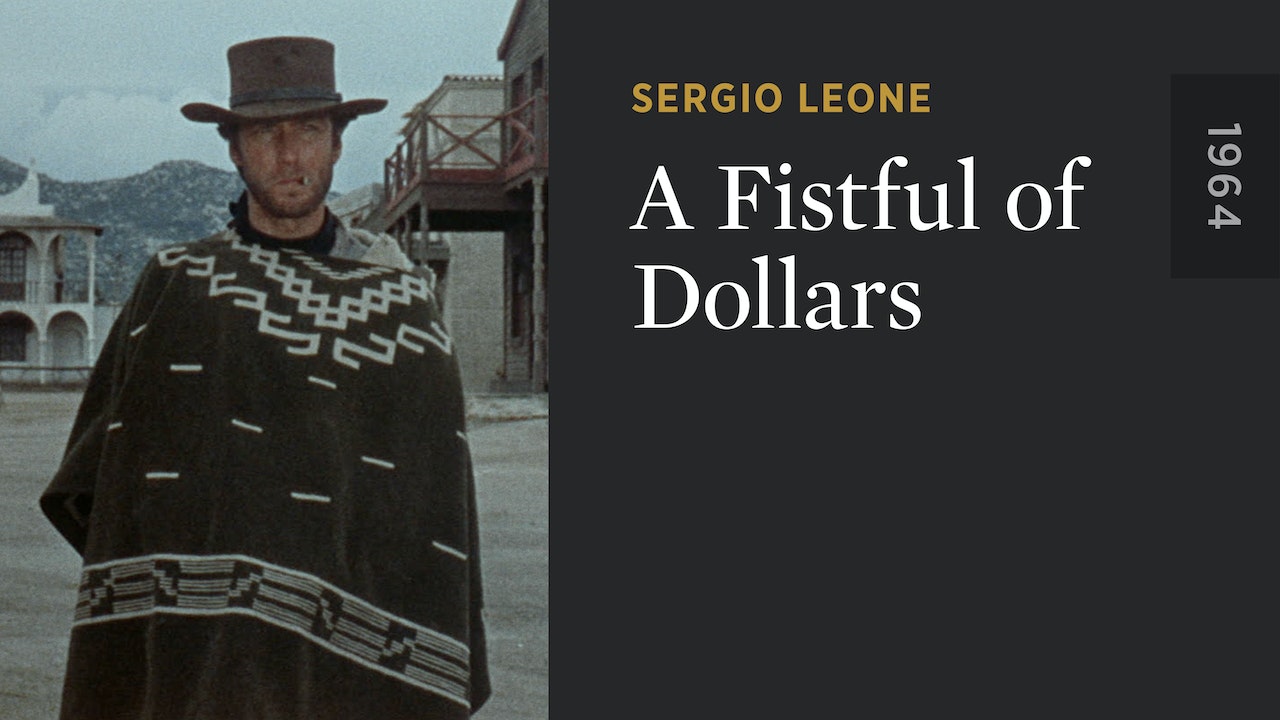