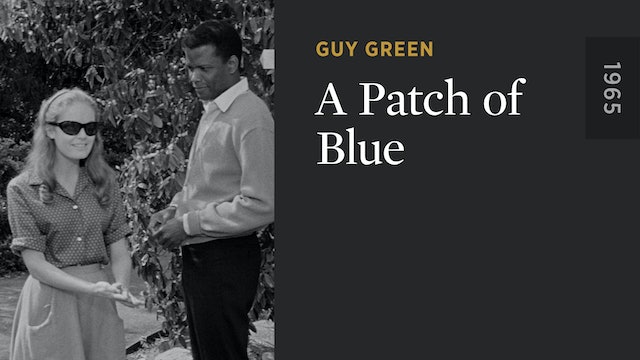 A Patch of Blue

Selina D’Arcey is blind, yet she sees the world anew through the eyes of kindly Gordon Ralfe (Sidney Poitier). An awkward Cinderella raised by a bigoted, abusive mother, Selina is white. She does not know that the man helping her learn to dial a pay phone or find the restroom is black. Elizabeth Hartman’s luminous screen debut as Selina earned her a Golden Globe for most promising newcomer. On the veteran side as Selina’s blowsy, bitter mother, Shelley Winters won her second Oscar. As directed by Guy Green, the performances are timeless in A PATCH OF BLUE. So is this fine film’s heart-soaring impact.