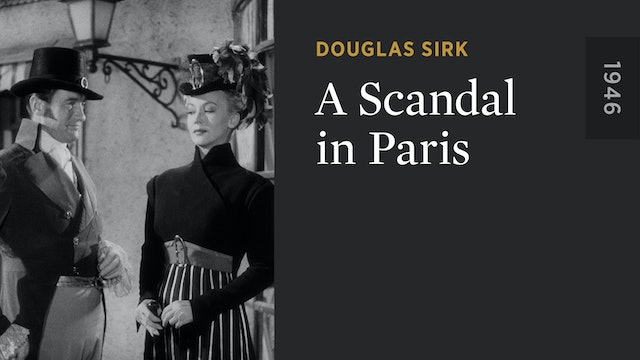 A Scandal in Paris

“If you talk of art, I consider A SCANDAL IN PARIS my best picture,” declared director Douglas Sirk, whose adaptation of the memoirs of François Eugène Vidocq, the elegant thief turned chief of Paris’s police, combines devious wit, melodrama, and romance into sparkling entertainment. George Sanders is at his roguish, debonair best as he climbs from clever criminal through the ranks of early-nineteenth century French society, with seemingly nothing to stop him from the biggest heist of his career . . . except, perhaps, the charms of a young lady. 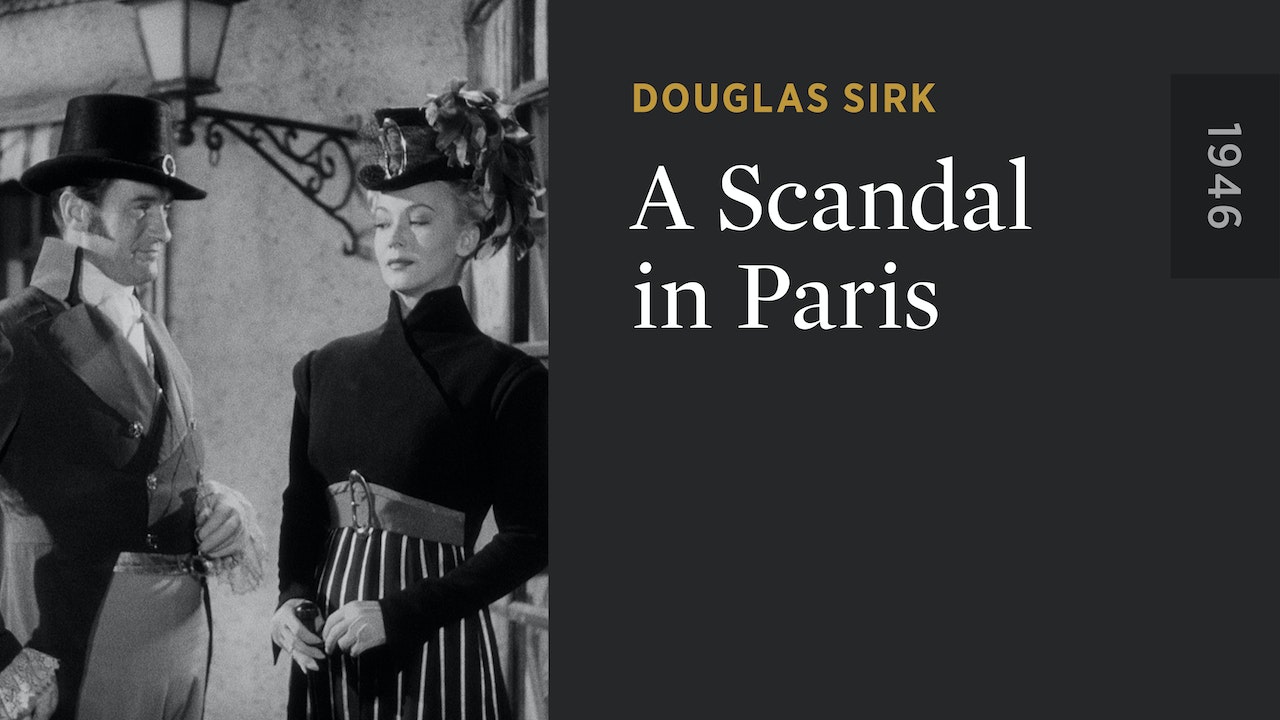