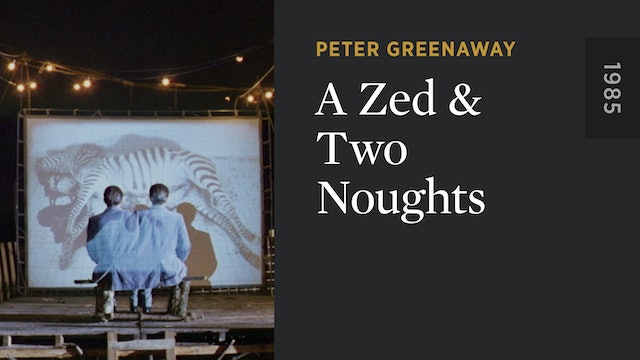 “Two legs look so good together, don’t you think?” A masterpiece of modern cinema, A ZED & TWO NOUGHTS is Peter Greenaway’s beautifully disturbing and darkly humorous take on erotic obsession and death. The film opens with a swan-induced automobile accident in front of the Rotterdam Zoo, in which two women die and a third, Alba (Andréa Ferréol), loses her leg. The two widowers, twin zoologists Oliver and Oswald (Eric and Brian Deacon, in roles originally offered to the Quay Brothers), fixate on their wives’ bodies, and slowly become obsessed with evolution and decomposition—meticulously crafting exquisitely morbid time-lapsed films of decaying corpses and creatures. Meanwhile, a mad surgeon plots to use Alba as a subject in his experiments. With this follow-up to his acclaimed THE DRAUGHTSMAN’S CONTRACT, Greenaway intensifies his already striking visual style by collaborating with legendary French cinematographer Sacha Vierny to create a masterpiece of motivated light. Full of surprises and magnificent conundrums, A ZED AND TWO NOUGHTS is a perversely comic and teasing treat for the mind and senses. 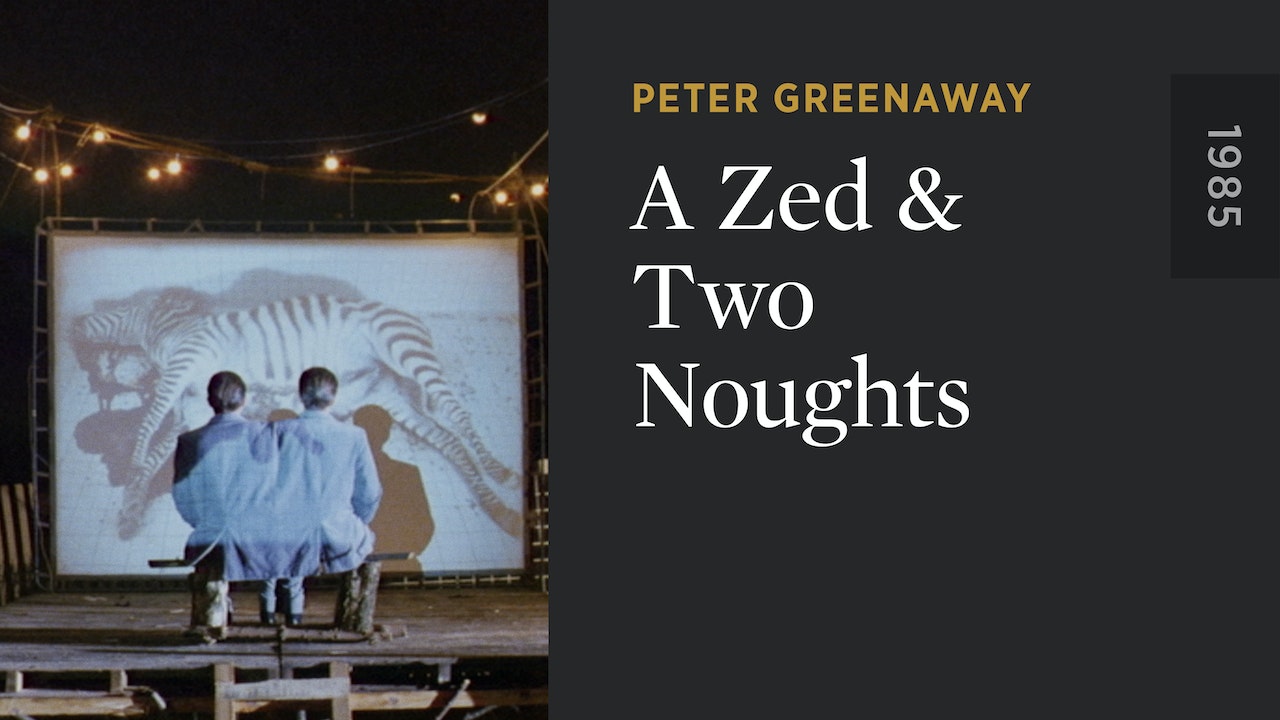