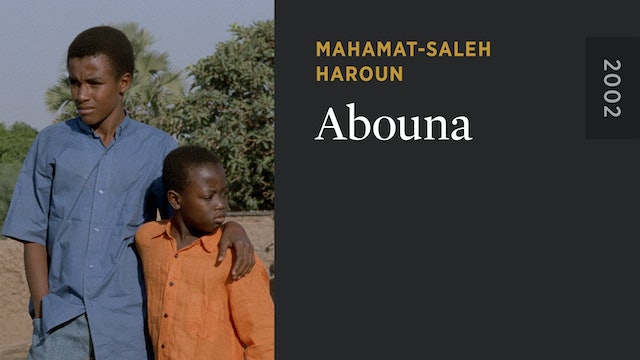 This early feature by Mahamat-Saleh Haroun is deeply affecting in its minutely observed portrait of two children forced to grow up too fast. Fifteen-year-old Tahir (Ahidjo Mahamat Moussa) and his eight-year-old brother Amine (Hamza Moctar Aguid) wake up one morning to find that their father has left home. Skipping school, the two embark on a journey through their village in hopes of finding the man who walked out on them, unable to accept that he’s gone. Haroun’s luminous images impart this poignant neorealist fable with a gentle, lyrical grace.