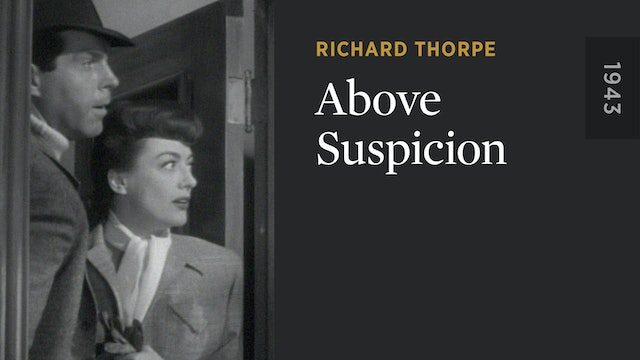 Based on a novel by espionage writer Helen MacInnes, Joan Crawford’s last film at her longtime home studio of MGM before her second-act career renaissance at Warner Bros. casts her and Fred MacMurray as a newlywed American couple honeymooning in Europe on the eve of World War II. But their continental excursion masks a dangerous mission to locate a British agent missing in Germany. As typical tourists, they should not draw the attention of vigilant Gestapo agents, but their quest soon becomes a nerve-wracking cat-and-mouse game in which they cannot distinguish friend from foe.