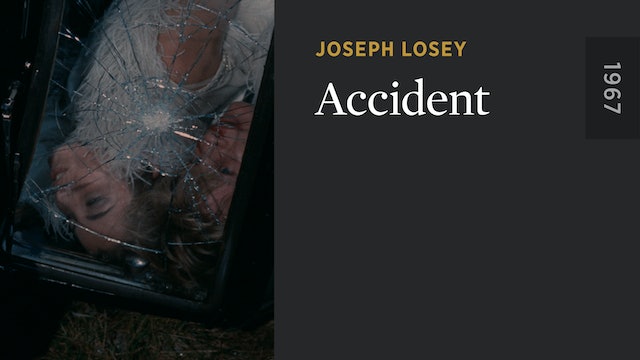 Mysterious, subversive, and endlessly fascinating, ACCIDENT is a tantalizing modernist puzzle from director Joseph Losey and writer Harold Pinter. Stephen (Dirk Bogarde) is a middle-aged professor at Oxford University stifled by his marriage and career. Yearning for an affair with his enigmatic student Anna (Jacqueline Sassard), Stephen becomes locked in a battle for her affections against her fiancé William (Michael York), whose youthful vitality he envies, and with his friend and academic rival Charley (Stanley Baker), whose media profile and sexual success he covets. In the best Pinter tradition, unspoken tension simmers in the spaces between words.