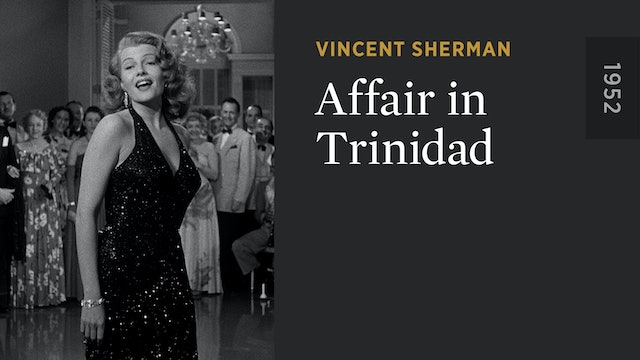 Having established herself as a femme fatale for the ages in GILDA, Rita Hayworth was reunited with costar Glenn Ford for this sultry tropical noir, which went on to become an even bigger box-office hit. She stars as a nightclub performer working in Trinidad and Tobago who, when her husband turns up dead, joins forces with her brother-in-law (Ford) to find the killer, a search that leads them into the web of a deadly espionage ring. Balancing thrills and romance, AFFAIR IN TRINIDAD is above all a showcase for the divine Hayworth, who lights up the screen in her triumphant Hollywood comeback following the dissolution of her marriage to Prince Aly Khan. 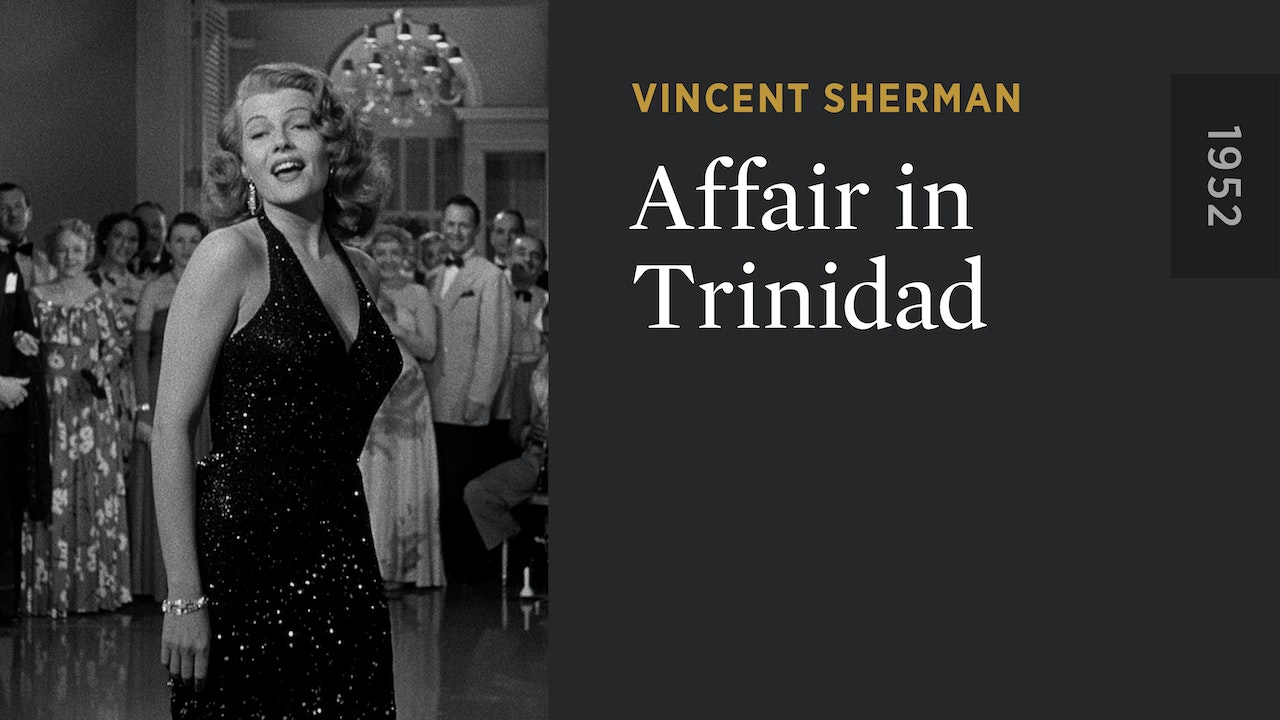