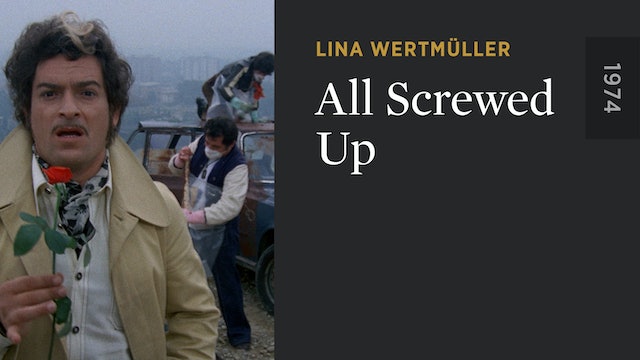 An anarchically outrageous comedy from Lina Wertmüller, ALL SCREWED UP is ripe for rediscovery, an accomplishment as impressive as the classics she made before and after: LOVE AND ANARCHY and SWEPT AWAY. It tells the story of Gigi (Luigi Diberti) and Carletto (Nino Bignamini), two southern country boys who travel north to get work in Milan. Arriving with nothing but the clothes on their backs, they join the labor movement and live in a communal home with other migrant workers, including some combative love interests. Their dreams of wealth devolve into a series of slapstick adventures, from an uproarious attempt at petty crime to the daily indignities of life in a restaurant kitchen. A pointed satire that skewers the illusion of upward mobility, ALL SCREWED UP is essential viewing for fans of Lina Wertmüller. With exuberant and biting performances from Diberti and Bignamini, it’s a comedy whose laughs stick in your throat. 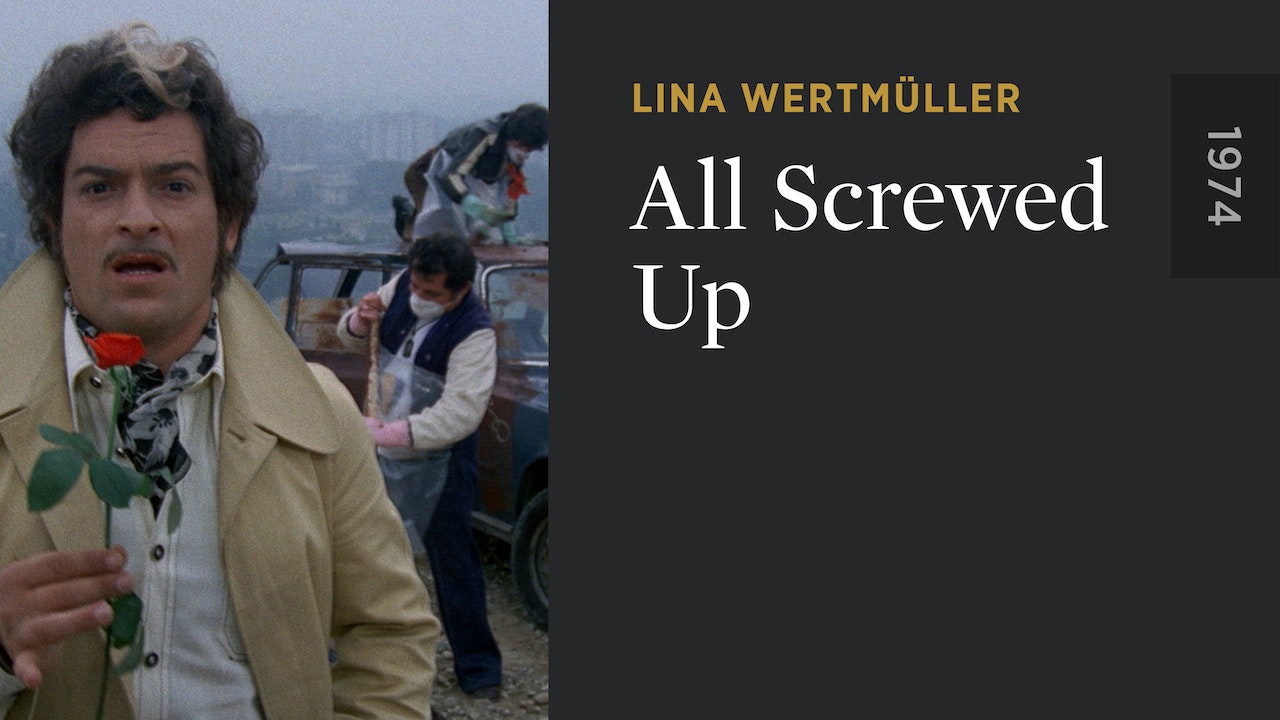