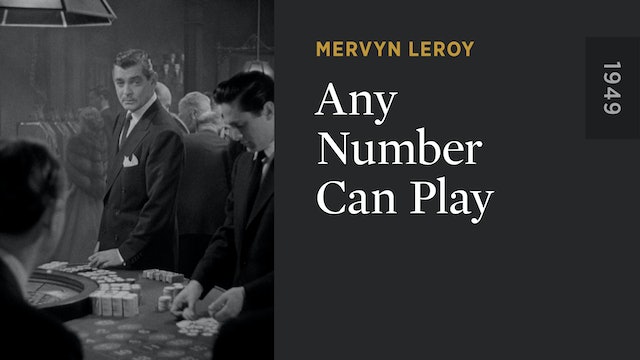 Any Number Can Play

The King of Hollywood, Clark Gable, plays Charley Kyng, a gambler with a heart of gold who runs the rarest of all things: an honest casino. Kyng has taken plenty of risks through the decades, known plenty of wins and losses. But now the stakes are suddenly raised. Facing failing health, crooks seeking a big score from his posh establishment, and the domestic pressures of a devoted wife (Alexis Smith) and son (Darryl Hickman) who want him to leave the gaming biz, Kyng bets his future on a single turn of the cards. 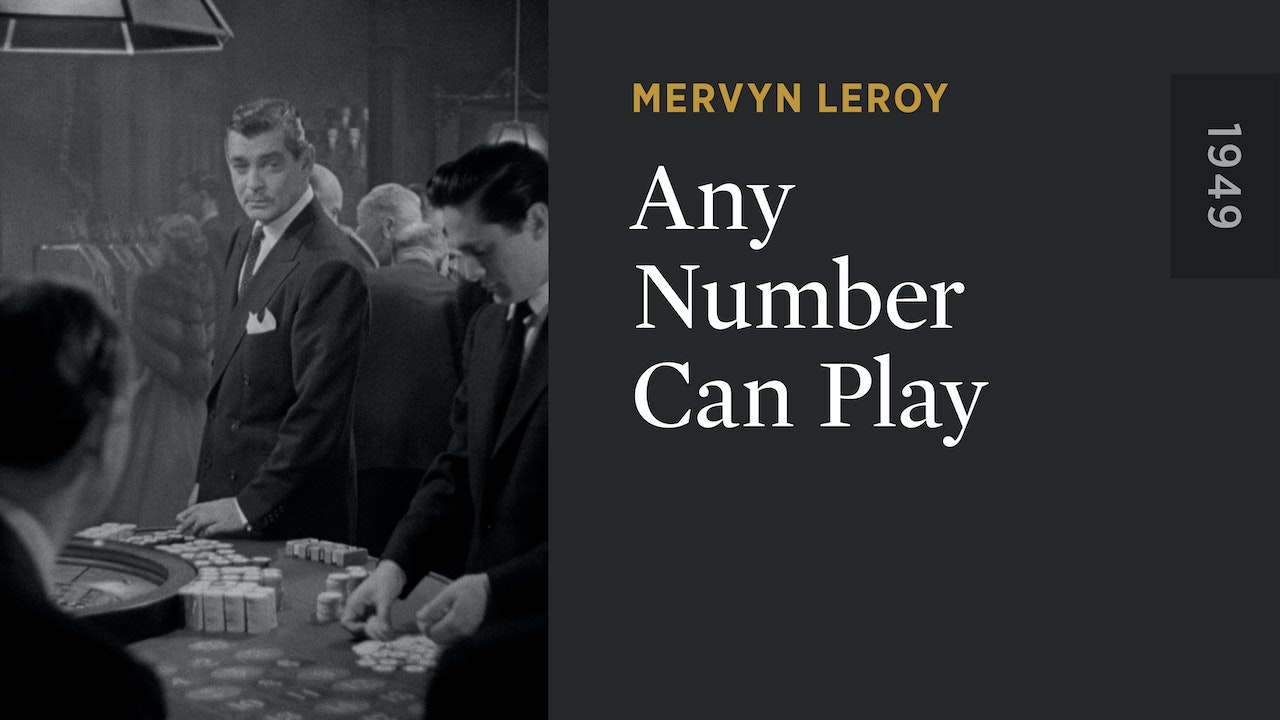