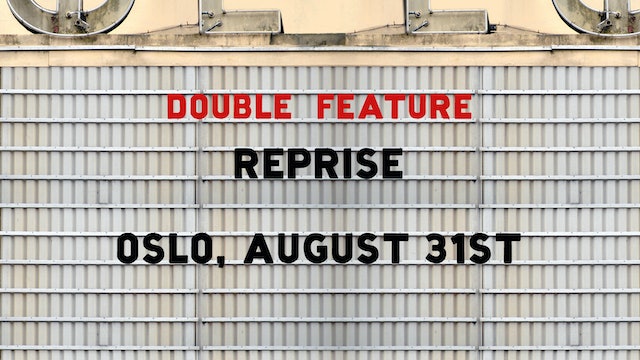 As Triers Go By

Shape-shifting Norwegian auteur Joachim Trier burst onto the scene with these compassionate, richly psychological character studies, the first two films in his planned “Oslo Trilogy” (the last installment of which is currently in production). Bristling with nervy energy, his feature debut, REPRISE, shows off his dazzling stylistic command as it traces the evolving friendship between two aspiring writers whose lives are rocked by romantic, professional, and emotional turmoil. Trier takes a movingly restrained approach in his sophomore feature OSLO, AUGUST 31ST, a harrowing, intimate immersion in the life of a recovering drug addict teetering on the edge of oblivion.