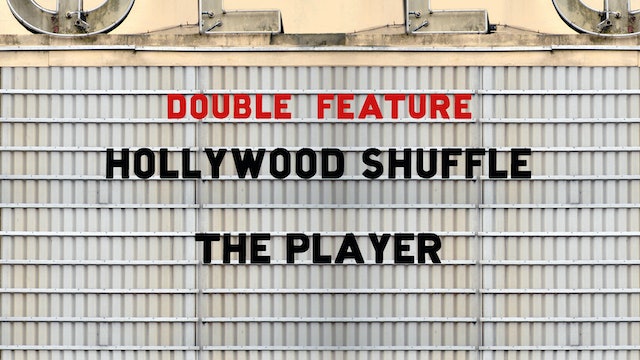 Two maverick filmmakers with uneasy relationships to Hollywood offer hilarious and scathing satires of the film industry. Made guerrilla style on maxed-out credit cards, Robert Townsend’s brilliantly inventive HOLLYWOOD SHUFFLE draws on his own experiences struggling to make it as a Black actor in Hollywood to lampoon the typecasting of people of color. Another Robert—Altman, no less—takes aim at the industry’s corporate soullessness in his biting insider comedy THE PLAYER, featuring one of the most virtuosic opening shots in film history as well as an astonishing sixty-five (count ’em!) celebrity cameos.