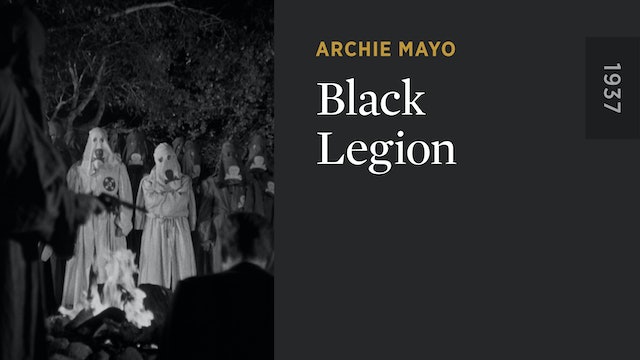 During the Great Depression, factory worker Frank Taylor (Humphrey Bogart) is passed over for a promotion that goes to Joe Dombrowski (Henry Brandon), a hard-working Polish immigrant. Feeling cheated, Taylor joins a secret, racist organization called the Black Legion. With other members of the Legion, Taylor goes on a nighttime raid that drives Dombrowski and his family from their home—and Dombrowski from his job, which Taylor then receives. But Taylor’s association with the Legion drives him to alcoholism, destroys his marriage, and eventually leads to murder. 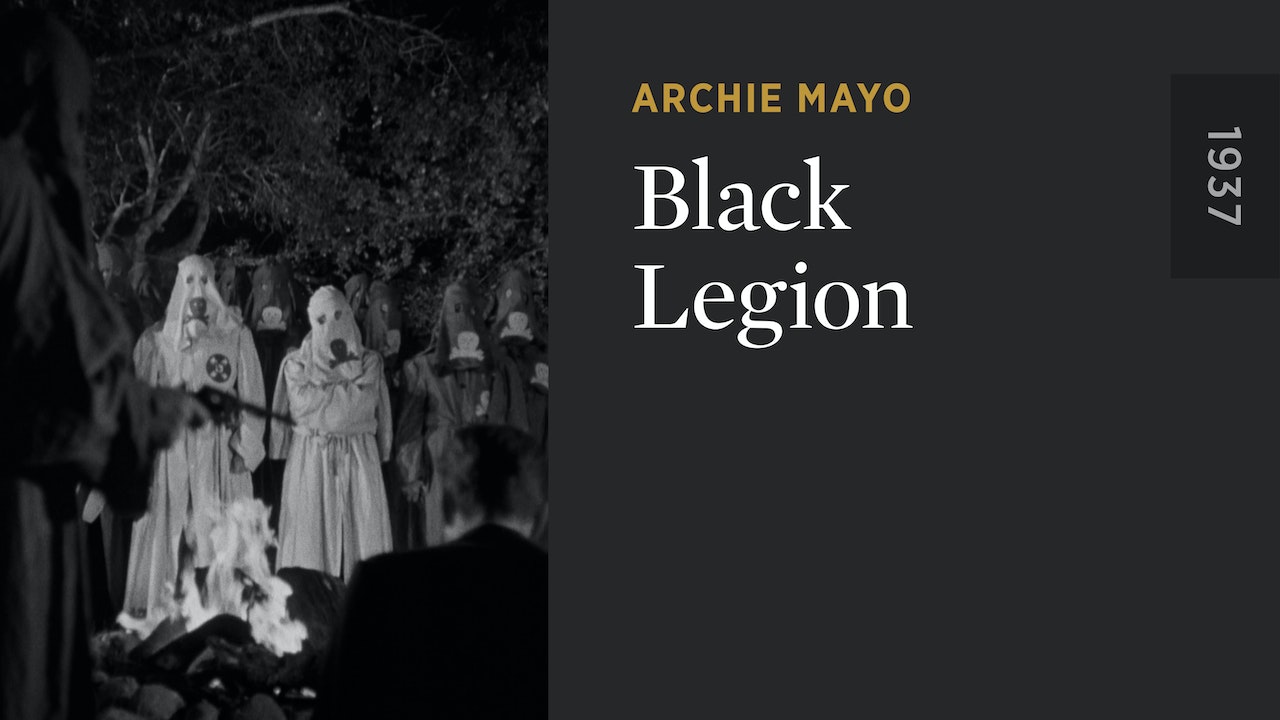