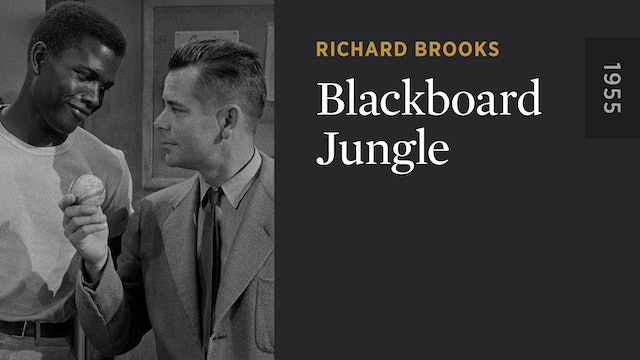 Richard Dadier (Glenn Ford) is a man eager to make a difference. Or, some might say, he’s a believer in lost causes. Dadier is a new teacher at inner-city North Manual High, plagued by racial and sexual tensions, violence, gangs, and apathy. Dadier clings to his ideals and pays a price vying with teen misfits played by Vic Morrow and, in a star-making performance, a too-cool-to-cope Sidney Poitier. Directed by Richard Brooks, BLACKBOARD JUNGLE is brisk, urgent, and powerful. And it starts with “Rock Around the Clock,” in what is said to be the first use of rock ’n’ roll in a mainstream movie. Think it’ll catch on?