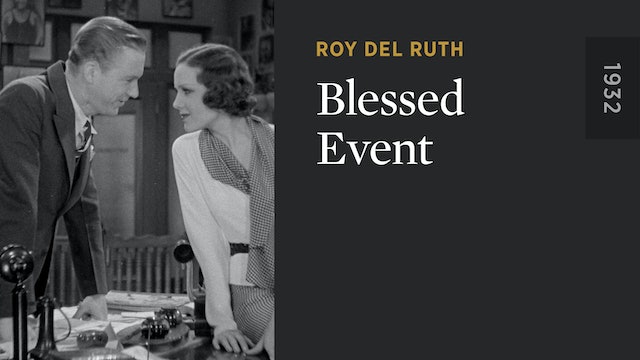 Fast-talking Lee Tracy stars in this snappily paced pre-Code blend of comedy and drama as gossip columnist Alvin Roberts (loosely based on real-life scandalmonger Walter Winchell), a man who will reveal any secret and smear any person to further his meteoric rise to fame. Along the way, Roberts makes enemies of both big-time racketeer Sam Gobel (Edwin Maxwell) and popular crooner Bunny Harmon (Dick Powell). But even as malicious gossip fuels Roberts’s rise, it threatens to destroy his personal life. The title derives from Winchell’s famous euphemism for pregnancy out of wedlock: “a blessed event, without benefit of clergy.” 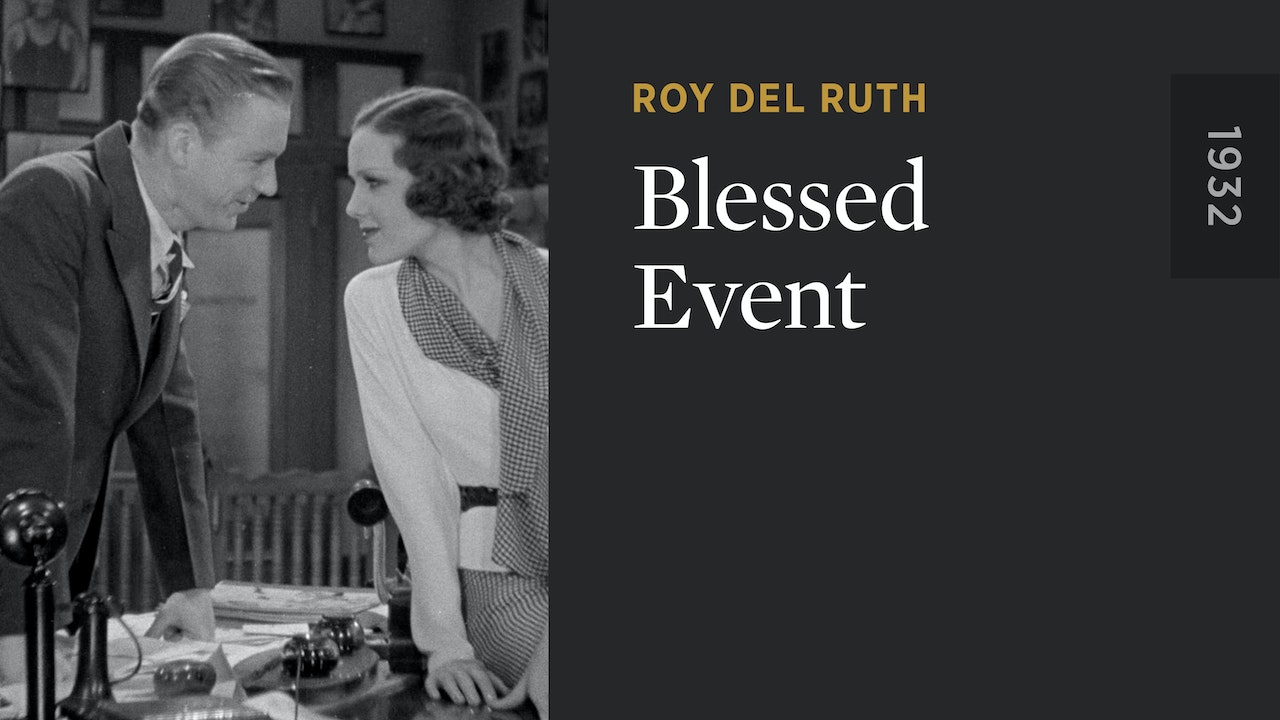