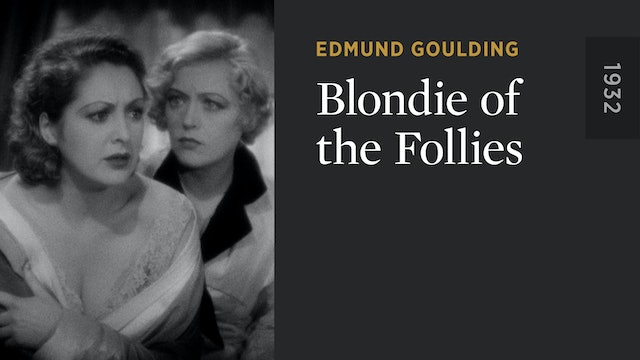 Blondie of the Follies

Two girls, friends from the New York slums, take very different paths in their quest for fame and fortune in BLONDIE OF THE FOLLIES. Practical working girl Blondie (former Ziegfeld girl Marion Davies, whose real-life experiences informed the script by Frances Marion and Anita Loos) has her head turned by the world of her showgirl buddy Lottie (Billy Dove)—and by Lottie’s suave suitor, Larry (Robert Montgomery). When she is cast in a Broadway show, Blondie strives to keep her friendships with Lottie and Larry on the level, but her conflicting emotions and ambitions prove difficult to reconcile. Director Edmund Goulding deftly balances mirth and heartache, even poking momentary fun at his recent GRAND HOTEL, with Davies and Jimmy Durante riffing on Garbo and Barrymore. 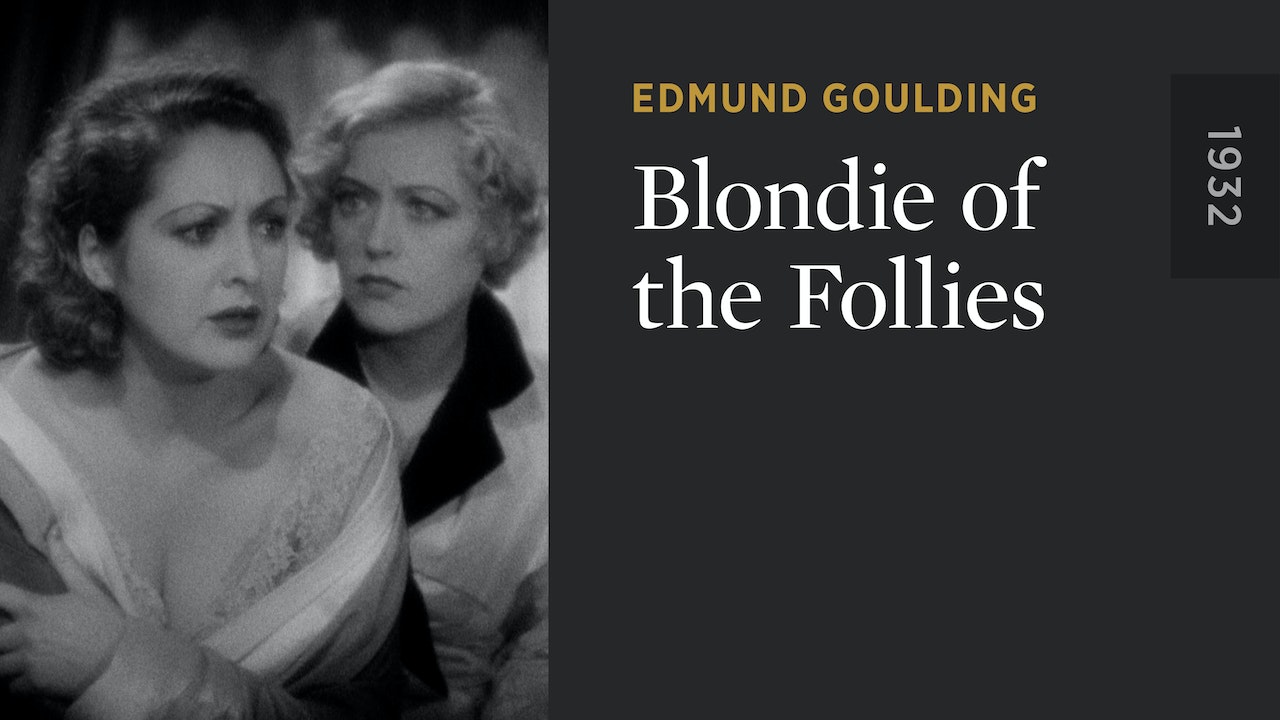