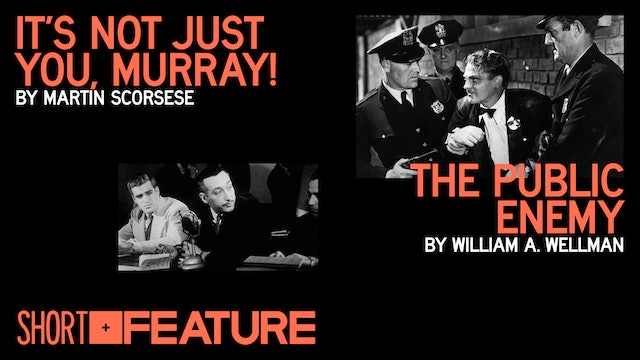 The colorful exploits of bootlegging gangsters are recounted with plenty of stylistic flash and punch by two titans of American cinema. Made while he was studying at New York University, Martin Scorsese’s early short IT’S NOT JUST YOU, MURRAY! is an exuberantly inventive, subversively funny gangster spoof in which a middle-aged mobster looks back on the highs and lows of his life in organized crime—complete with a Busby Berkeley musical homage. It’s a tongue-in-cheek descendant of the granddaddy of all gangster movies, William A. Wellman’s gritty pre-Code classic THE PUBLIC ENEMY, starring an electrifying James Cagney in his breakout role as a bootlegger who rises to the precarious top of the criminal underworld. 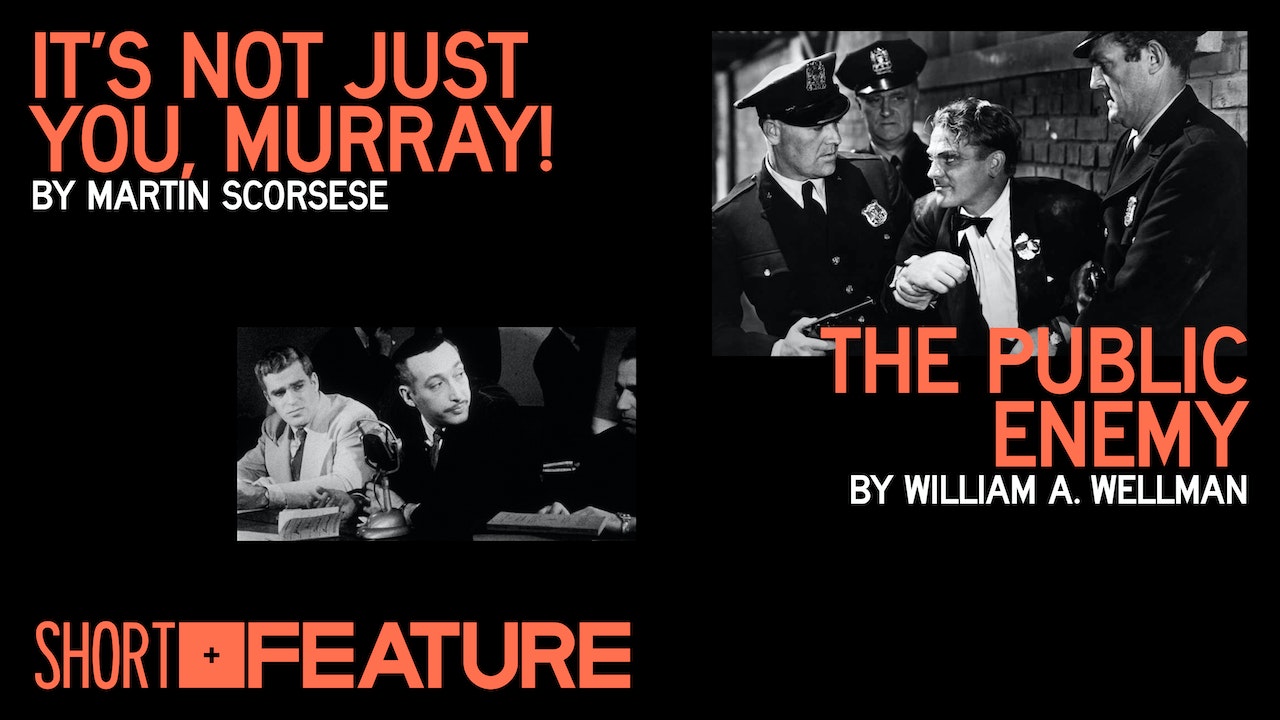