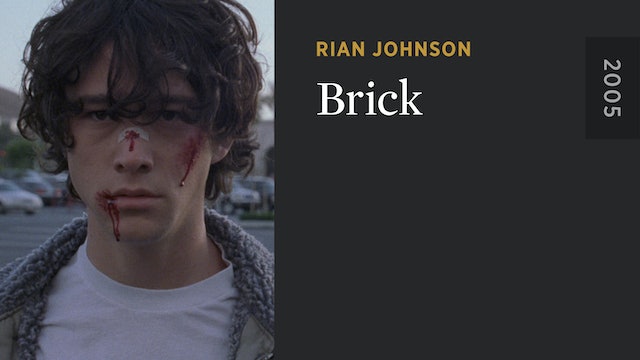 A sophisticated, ingeniously inventive celebration of film noir, this cult-favorite feature debut by Rian Johnson (KNIVES OUT) stars Joseph Gordon-Levitt in a commanding performance as a stoic and streetwise teenager who sets out to uncover the circumstances surrounding—and the culprits involved in—his ex-girlfriend’s disappearance. With stylized dialogue and evocative cinematography, Johnson offers a whip-smart reimagining of both the high-school movie and the hard-boiled detective fiction of Dashiell Hammett and Raymond Chandler.