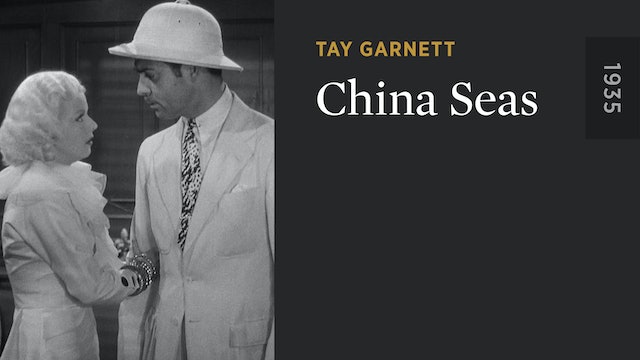 Rugged captain Alan Gaskell (Clark Gable) sails the perilous waters between Hong Kong and Singapore with a secret cargo: a fortune in British gold. That’s not the only risky cargo he carries. Both his fiery mistress (Jean Harlow) and his refined fiancee (Rosalind Russell) are aboard! With their wisecracking banter, gutsy glamour, and dynamic chemistry, Gable and Harlow prove once again that they were the thirties’ most scorching screen pair in this rough-and-tumble adventure featuring a raging typhoon, a battle with bloodthirsty pirates, and Harlow’s drinking contest with bluff villain Wallace Beery, who wants both the gold and the platinum blonde.