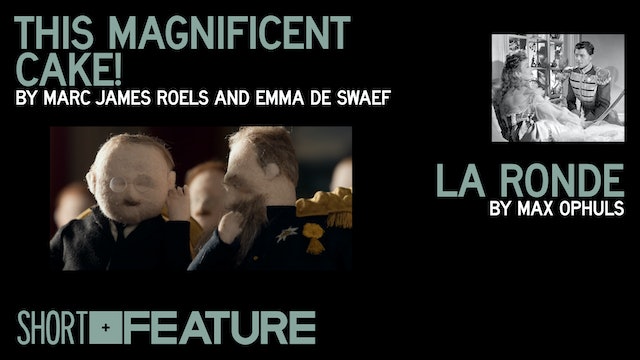 A rotating cast of characters traverse from one vignette to the next in a brilliant and unsettling stop-motion marvel and an enchanting romantic roundelay. Set during the nineteenth-century colonial occupation of Congo, Emma De Swaef and Marc James Roels’s acclaimed animated short THIS MAGNIFICENT CAKE! tells the stories of five characters—ranging from a disturbed king to a Pygmy employee in a luxury hotel—in a surreal, darkly comic, and brutal interrogation of imperialism. Its multi-chapter narrative structure was inspired by LA RONDE, Max Ophuls’s elegantly acerbic adaptation of Arthur Schnitzler’s controversial play REIGEN, in which a group of soldiers, chambermaids, poets, prostitutes, and aristocrats pass through one another’s lives in a merry-go-round of love and infidelity. 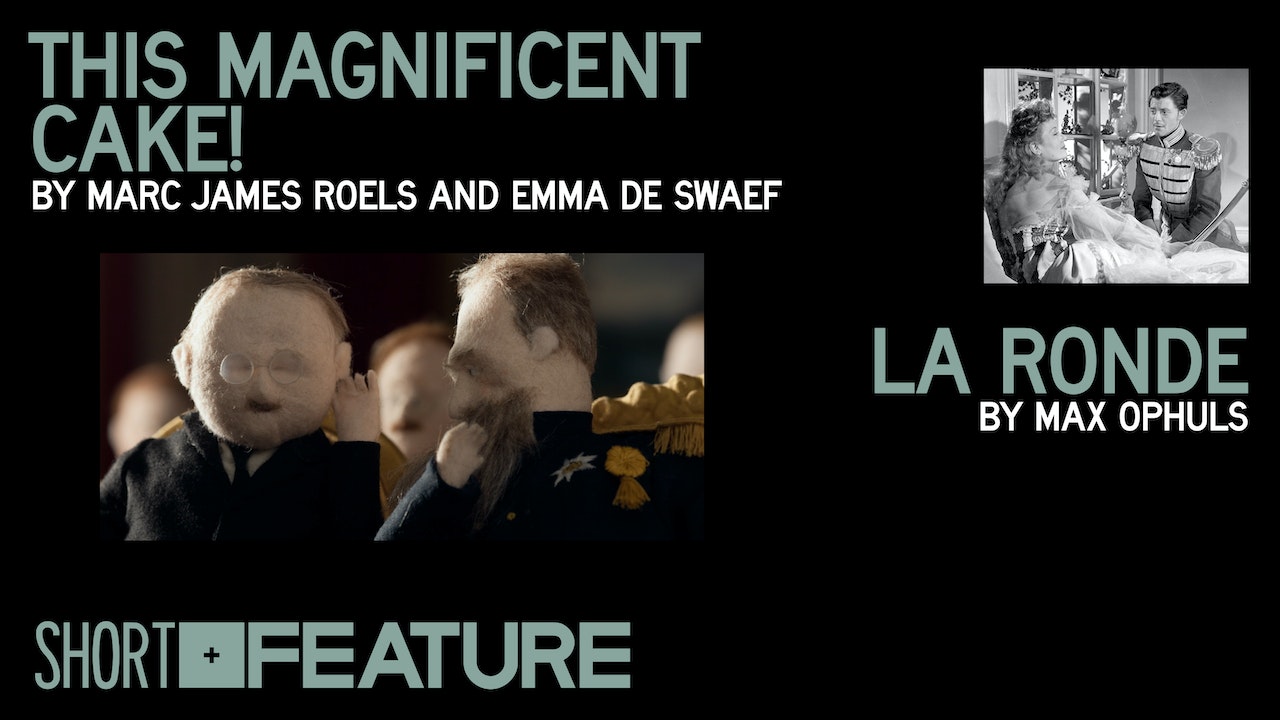