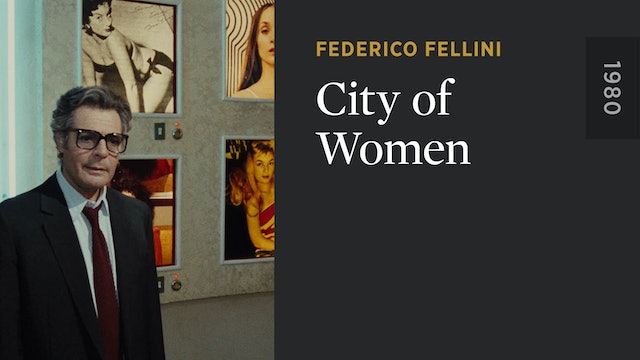 Federico Fellini’s epic 1980 fantasia introduced the start of the maestro’s delirious late period. Overflowing with sensory (and sensual) invention, CITY OF WOMEN taps into the era’s restless youth culture to become nothing less than Fellini’s postpunk opus. Marcello Mastroianni appears as the director’s alter ego in a quasi reprise of his character from 8½. As though passing into a dream, this charismatic avatar finds himself initiated into a phantasmagoric world where women—or an idea of women—have taken power, navigating an array of psychosexual set pieces that culminate in a bravura hot-air-balloon climax.