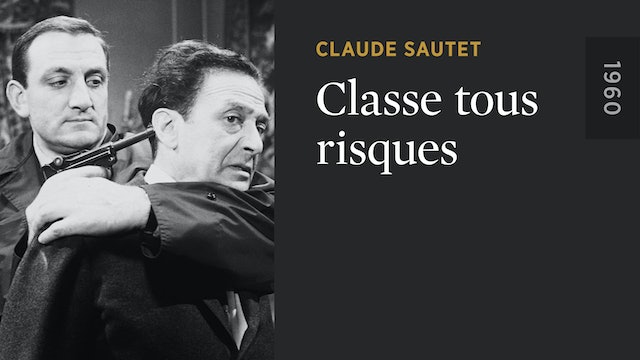 After hiding out in Milan for nearly a decade, fugitive gangland chief Abel Davos (Lino Ventura) sneaks back to Paris with his children despite a death sentence hanging over his head. Accompanied by appointed guardian Eric Stark (Jean-Paul Belmondo, fresh off his star turn in BREATHLESS) and beset by backstabbing former friends, Abel begins a journey through the postwar Parisian underworld that’s both throat-grabbing and soul-searching. A character study of a career criminal at the end of his rope, this rugged noir from Claude Sautet (UN COEUR EN HIVER) is a thrilling highlight of sixties French cinema.