There’s no better friend than a horse in these two moving coming-of-age films. Elnura Osmonalieva’s 2015 short SEIDE, set amid the snowy mountain terrain of Kyrgyzstan, centers around a young girl who feels most at home astride her horse. But when her parents move to arrange her marriage and vow to kill the animal as part of a wedding tradition, she faces the prospect of losing her closest companion. In Carroll Ballard’s Oscar-nominated 1979 feature THE BLACK STALLION, an emotionally resonant and visually arresting adaptation of a beloved children’s novel, a wild horse and a young boy form a tight bond while shipwrecked on a deserted island. 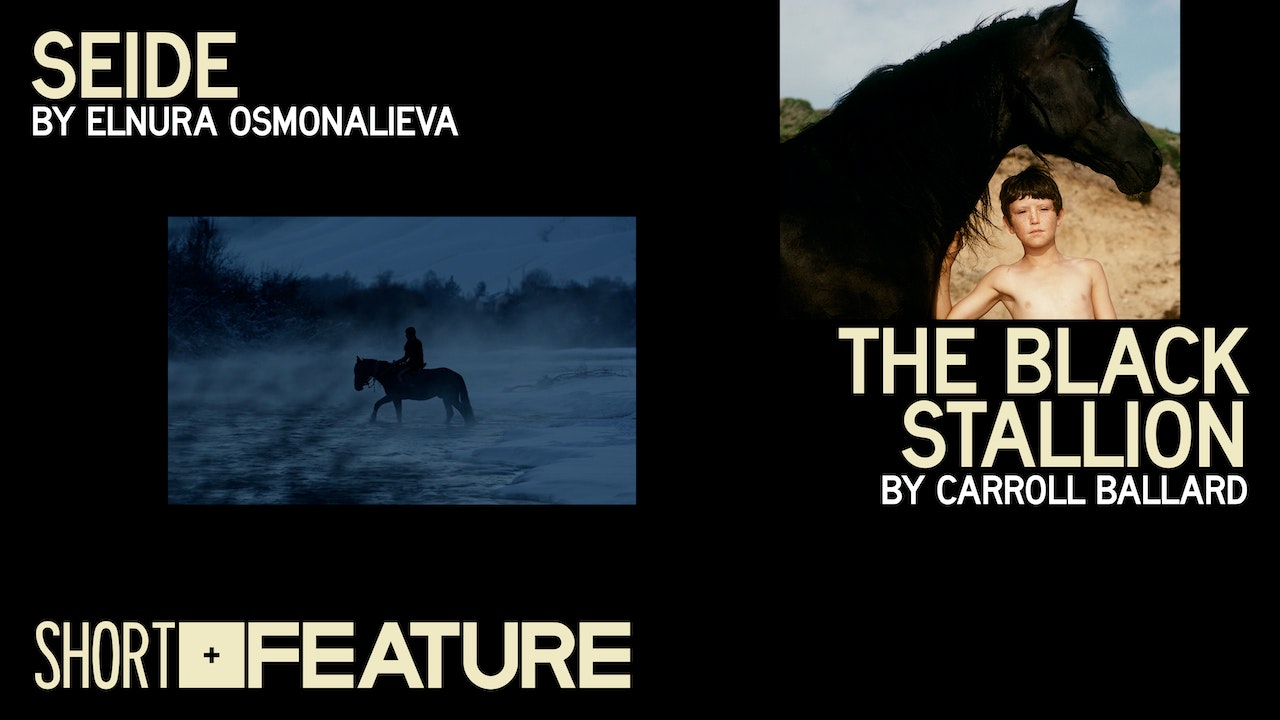