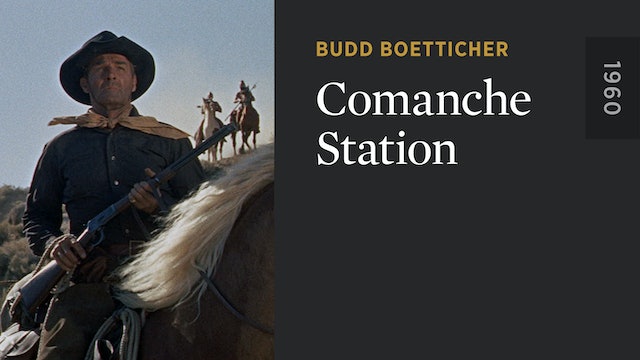 The final film in the celebrated cycle of westerns director Budd Boetticher made with star Randolph Scott casts the actor as rugged loner Jefferson Cody, who comes to the rescue of a woman (Nancy Gates) kidnapped by Comanches. When it is revealed that her husband has offered a $5,000 reward for her return—dead or alive—Cody finds himself dealing with a trio of greedy bounty hunters who give him as much trouble as the surrounding Comanches.