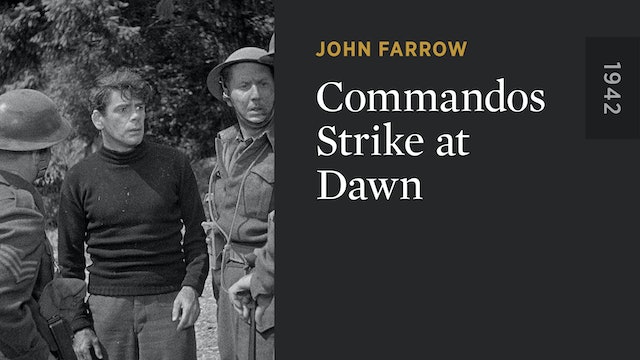 As the clouds of war gather across Europe, Judith Bowen (Anna Lee) falls in love with the quiet Eric Toresen (Paul Muni) in the Norwegian fishing village where she is vacationing. Their romance is soon interrupted when the Germans invade Norway and brutally beat a villager accused of spying. Spurred to action, Erik organizes a guerrilla army to resist the occupation and, with the aid of Judith’s brother (Robert Coote) and father (Cedric Hardwicke), organizes a daring and deadly raid on a nearby German air base. Silent-cinema legend Lillian Gish costars in this rousing tale of wartime resistance, which marked her return to the screen after nearly a decade away.