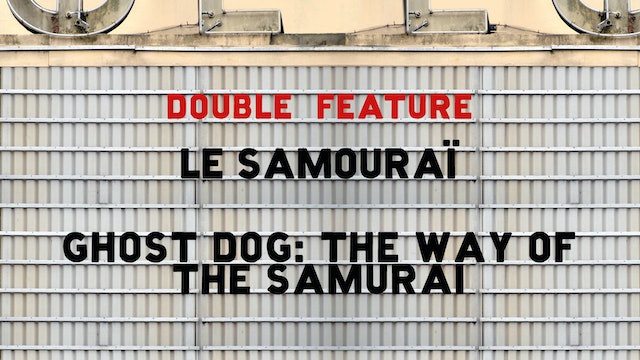 The hit-man thriller gets a shot of postmodern cool in a pair of stylish crime dramas built around solitary, Zen heroes. A razor-sharp cocktail of 1940s American gangster cinema and Japanese lone-warrior mythology, Jean‑Pierre Melville’s LE SAMOURAÏ features a career-defining performance from Alain Delon as a contract killer who lives according to his own moral code. Three decades later, Jim Jarmusch tipped his hat to Melville’s vision with GHOST DOG: THE WAY OF THE SAMURAI, a pop-culture-sampling cinematic mixtape that features an equally commanding performance from Forest Whitaker as a latter-day incarnation of Delon’s stoic assassin.