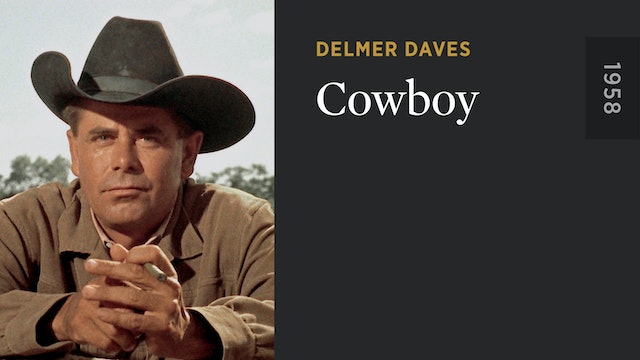 Tempers flare and fists fly in this action-packed sagebrush classic directed with lean, mean grit by genre master Delmer Daves. Glenn Ford stars as Tom Reese, a range-hardened trail boss who has just arrived in Chicago after months on the plains. When he loses all his money in a high-stakes poker game, he reluctantly accepts a $3,800 loan from hotel desk clerk Frank Harris (Jack Lemmon) in exchange for a piece of his cattle business. Frank, a would-be cowboy, holds Tom to their agreement and forces the feisty wrangler to take him on a cattle drive that will push both men to their limits.