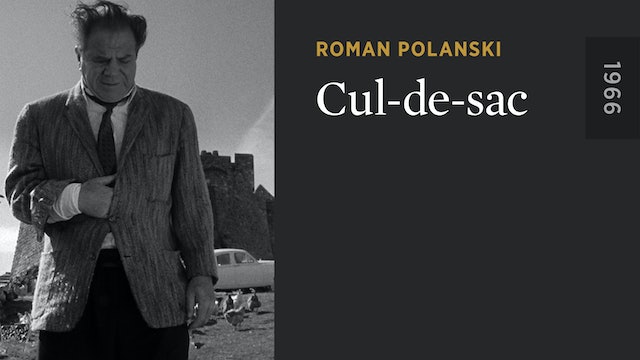 Roman Polanski orchestrates a mental ménage à trois in this slyly absurd tale of paranoia from the director’s golden 1960s period. Donald Pleasence and Françoise Dorléac star as a withdrawn couple whose isolated house is invaded by a rude, burly American gangster on the run, played by Lionel Stander. The three engage in role-playing games of sexual and emotional humiliation. CUL-DE-SAC is an evocative, claustrophobic, and morbidly funny tale of the modern world in chaos. 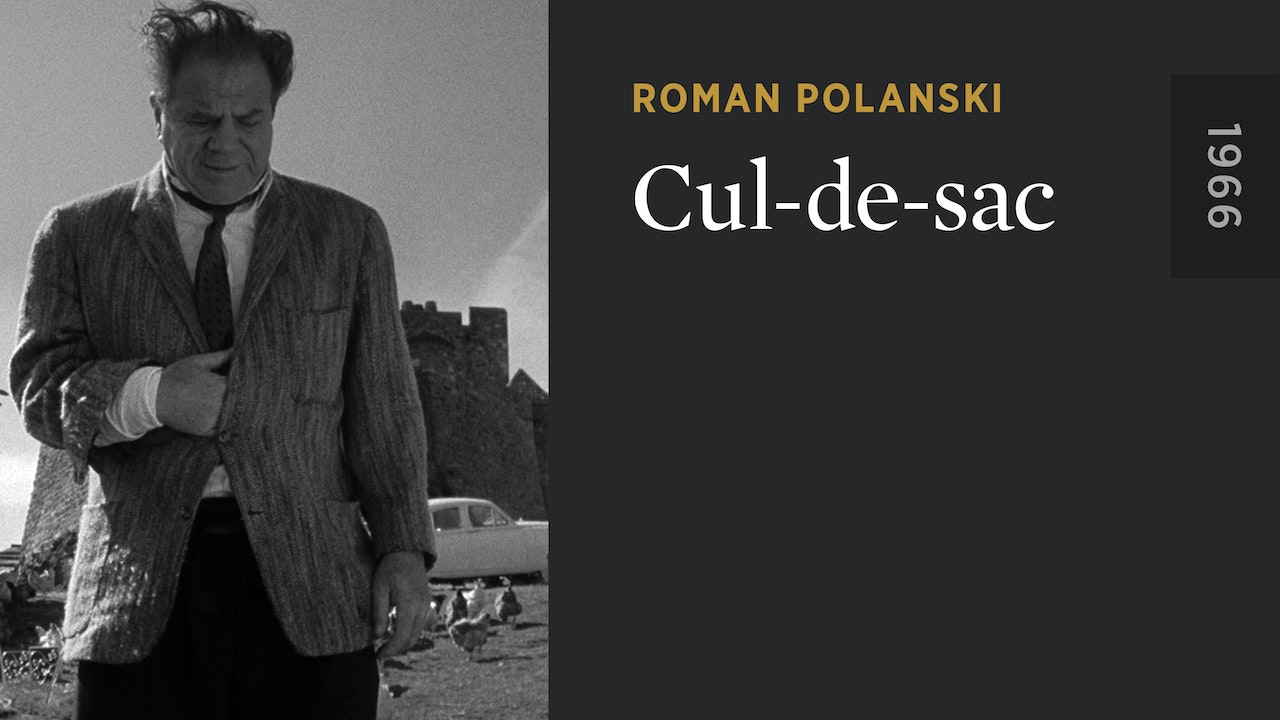