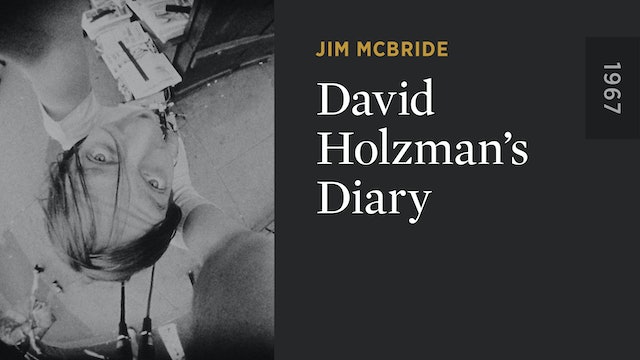 DAVID HOLZMAN’S DIARY is one of the most influential films of the 1960s, charting the self-destruction of a media-saturated youth. As news of the Vietnam War and social unrest blares over the radio, David Holzman (L. M. Kit Carson) unloads comic-neurotic monologues to his 16 mm camera. When his relationship with Penny (Eileen Dietz) goes south, he retreats further into moving images, secretly recording his pretty neighbor and even turning his lens to the TV shows he watches. No longer able to deal with life outside celluloid, all of his ties to the real world begin to erode. This piercing satire of a narcissistic artist is also a well-crafted fiction about the deceptions of cinematic illusionism. Early on, Holzman quotes Jean-Luc Godard’s famous dictum that “the cinema is truth twenty-four times per second.” As director Jim McBride teaches and Holzman soon learns, it lies just as often. 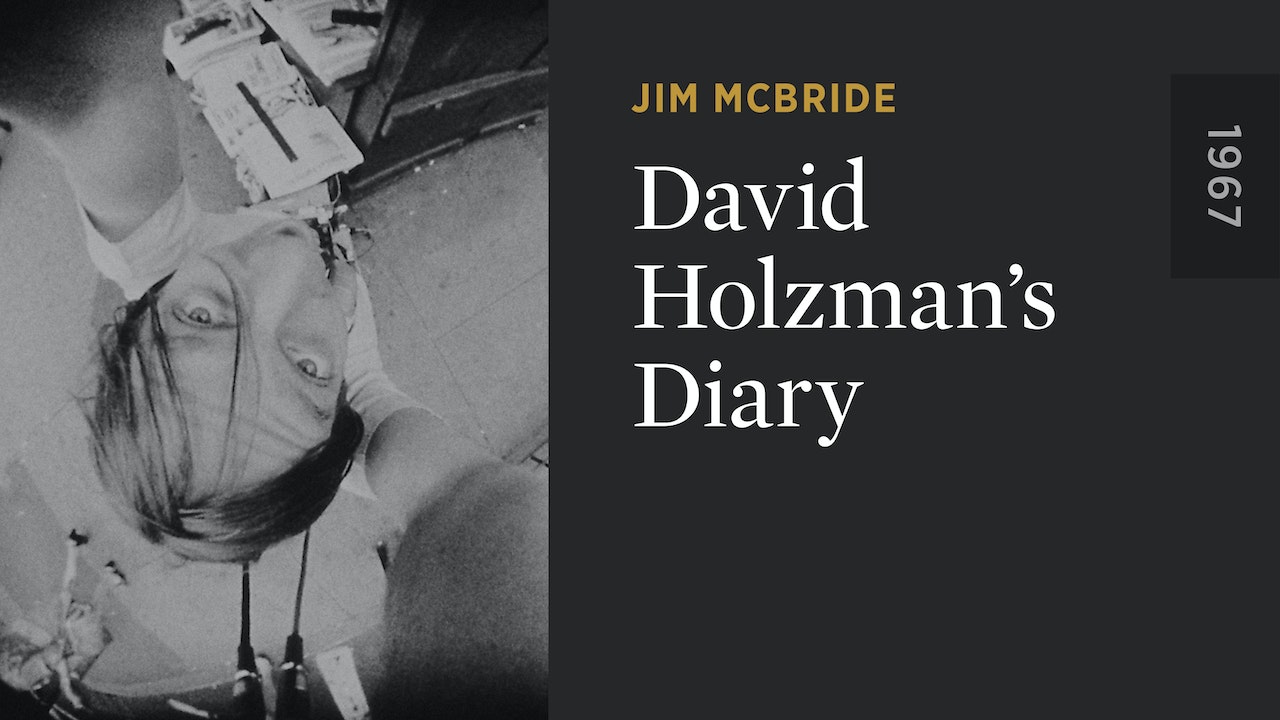