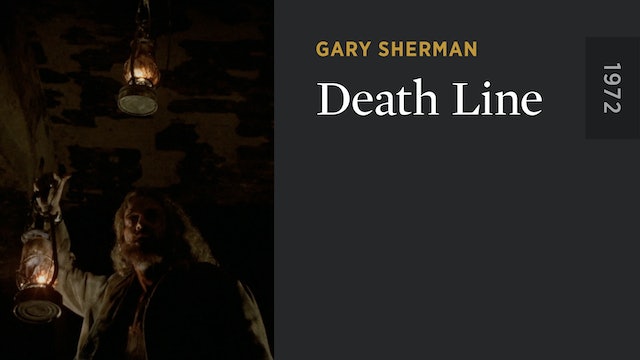 Two years before THE TEXAS CHAINSAW MASSACRE, this lesser-known but equally harrowing cannibal shocker brought flesh-eating mayhem to the screen with gruesome ferocity. When a prominent politician and a beautiful young woman vanish inside a London subway station, Scotland Yard’s Inspector Calhoun (Donald Pleasence) investigates and makes a horrifying discovery. Not only did a group of nineteenth-century tunnel workers survive a cave-in, but they lived for years in a secret underground enclave by consuming the flesh of their own dead. Now the lone descendant of this grisly tribe has surfaced, prowling the streets for fresh victims . . . and a new mate.