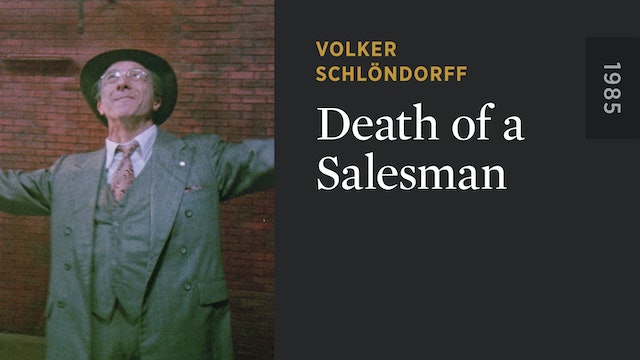 Death of a Salesman

Dustin Hoffman delivers a bravura performance in Volker Schlöndorff’s sterling adaptation of Arthur Miller’s classic drama about the limitations of the American dream. During the postwar boom of the late 1940s, Willy Loman (Hoffman) is an aging traveling salesman who despairs that his life has been lived in vain. Facing dispensability and insignificance in an increasingly youth-driven economy, Willy is not ready to part with his cherished fantasies of an America that admires him for triumphs in the marketplace. But the reality is far more complex than that, as the measure of Willy’s self-delusion and contradictions is revealed through his increasingly strained relationships with his two sons, Biff (John Malkovich) and Harold (Stephen Lang), each grappling with his own understanding of what it means to be a “success.” 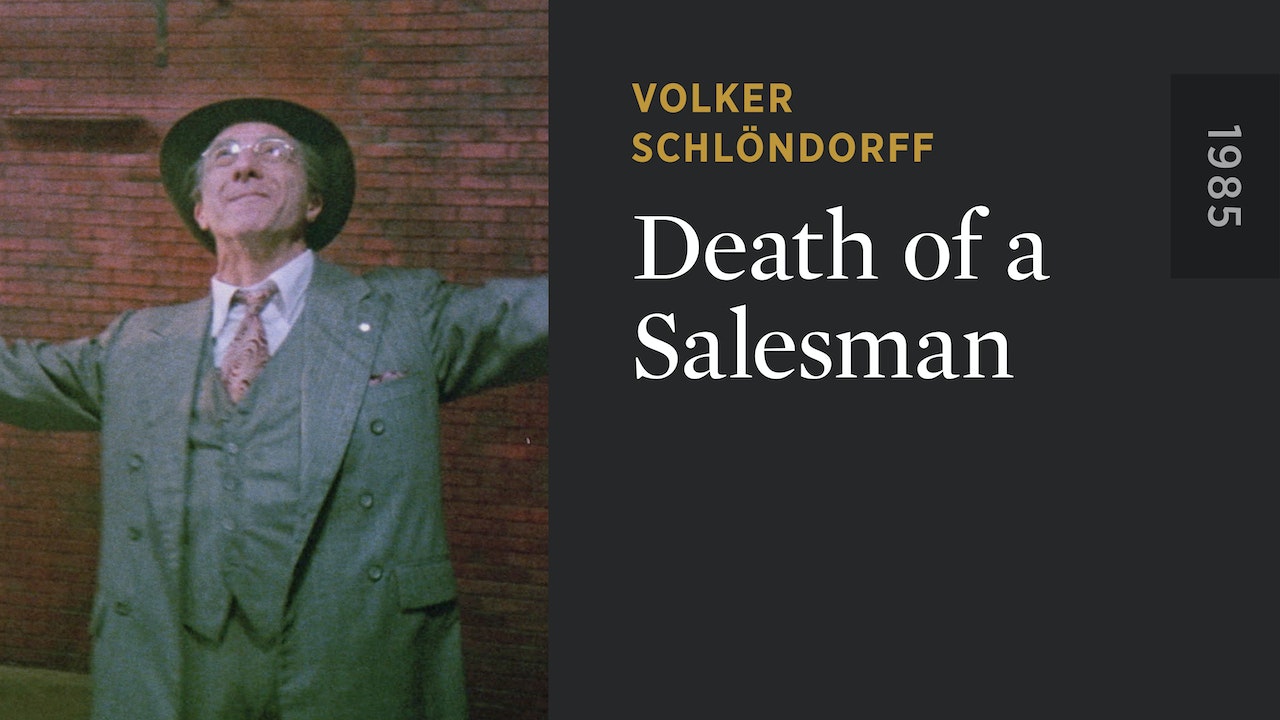