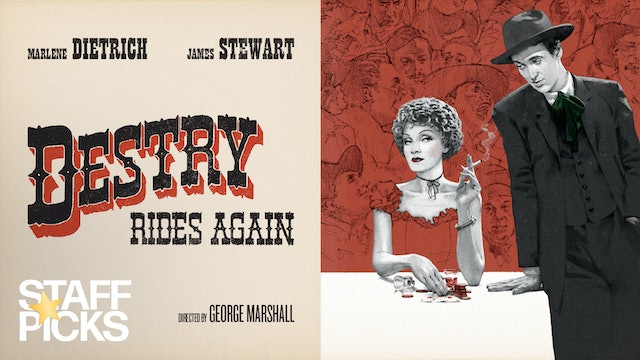 “The unexpected pairing of James Stewart and Marlene Dietrich proves uproarious and delightful in this winky Western from Universal Studios.” —Penelope B, director of programming, the Criterion Channel

Marlene Dietrich and James Stewart ride high in this superb comedic western, both a boisterous spoof and a shining example of its genre. As the brawling, rough-and-tumble saloon singer Frenchy, Dietrich shed her exotic love-goddess image and launched a triumphant career comeback, while Stewart cemented his amiable everyman persona, in his first of many westerns, with a charming turn as a gun-abhorring deputy sheriff who uses his wits to bring law and order to the frontier town of Bottleneck. A sparkling script, a supporting cast of virtuoso character actors, and rollicking musical numbers—delivered with unmatched bravado by the magnetic Dietrich—come together to create an irresistible, oft-imitated marvel of studio-era craftsmanship. 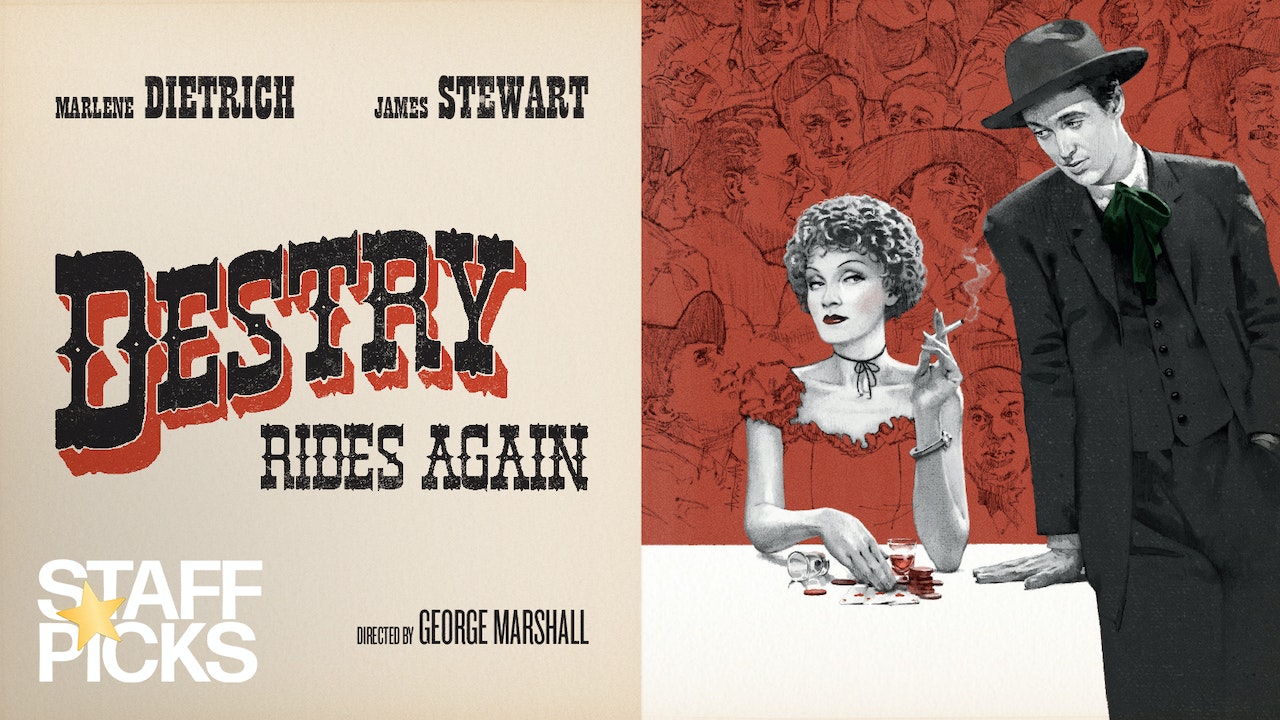