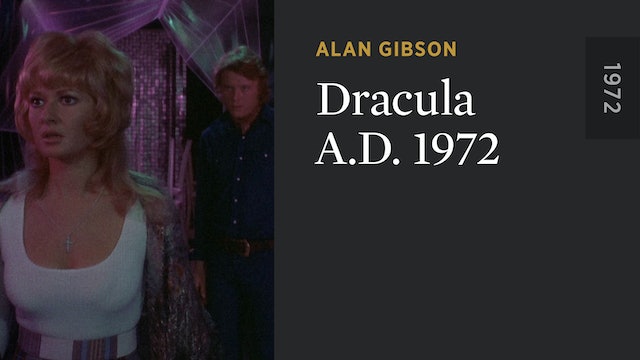 Dracula is raised into the modern era in this swinging shocker from the legendary Hammer Films. Bored with life in the ultra-mod London of 1972, a band of jaded Satan-worshipers decide to resurrect the blood-sucking Count, who will stop at nothing to exact revenge on the descendants of the man who killed him 100 years before. The seventh installment in the studio’s vaunted Dracula cycle finds the great Christopher Lee donning the cape for the sixth (and penultimate) time alongside fellow horror legend Peter Cushing, returning to the role of his archnemesis Van Helsing.