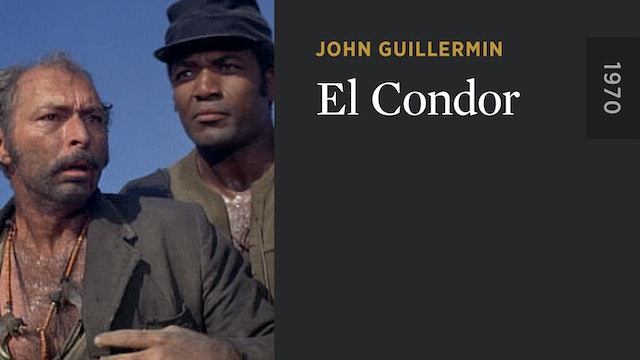 Just over the border, along the most rugged stretch of frontier between the United States and Mexico, lies a place know as El Condor, an impregnable fortress that holds a fortune in gold. In Apache country just after the U.S. Civil War, authorities on both sides of the border hunt two fugitives from a chain gang, Luke (Jim Brown) and Jaroo (Lee Van Cleef). The hard-bitten desperadoes’ only hope is to steal enough gold to buy their way to a new life. Now with nothing left to lose, the pair team up to go after the score of a lifetime.