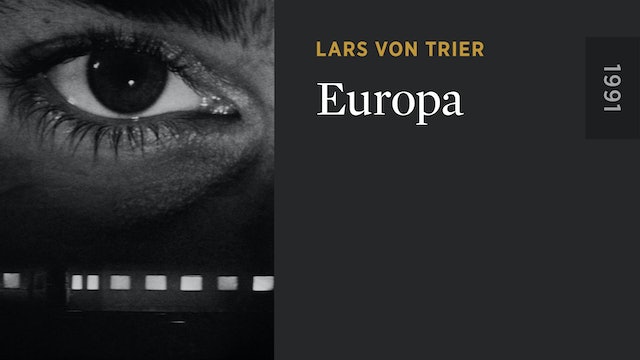 “You will now listen to my voice . . . On the count of ten you will be in Europa.” This ominous, hypnotic induction by Max von Sydow inaugurates the entrancing final installment of Lars von Trier’s Europe Trilogy. An idealistic American (Jean-Marc Barr) travels to postwar Germany to take a job as a sleeping-car conductor for the Zentropa railways—and finds himself plunged into a murky, Kafkaesque world of intrigue and betrayal where the shadow of Nazism hovers menacingly over everything. With its ravishing cinematography (in black and white, color, and at times a stunning mix of both), dreamlike use of rear projections, and lush fusion of melodrama and noir conventions, EUROPA is a sublimely stylized cinematic fugue. 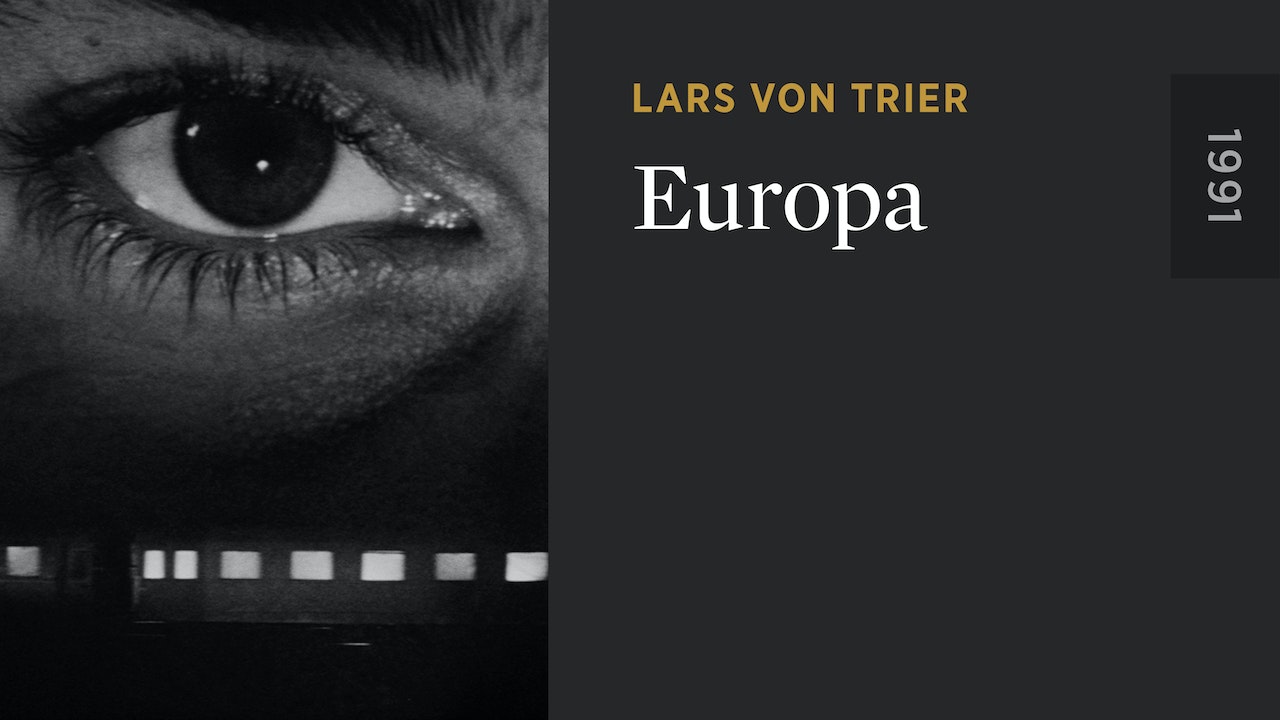