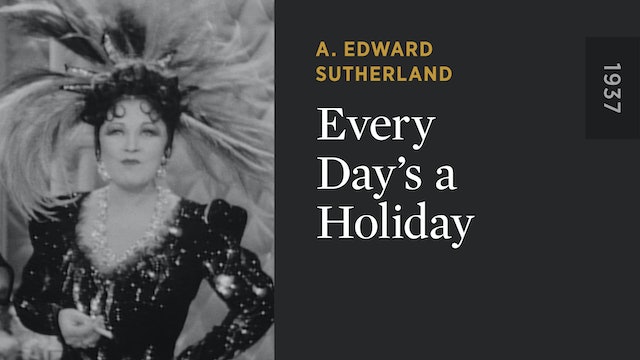 Every Day’s a Holiday

In the last film she made at Paramount, Mae West stars as Peaches O’Day, a con artist who poses as a famous French chanteuse to avoid arrest after she lands in hot water for trying to sell the Brooklyn Bridge. Now, as the brunette-wigged “Mademoiselle Fifi,” Peaches must juggles multiple suitors—including a police captain (Edmund Lowe) and a mayoral candidate (Lloyd Nolan)—while trying to outwit the law. The supporting cast of colorful comic character actors (including Charles Winninger, Charles Butterworth, and Walter Catlett) match Mae quip for quip, while Louis Armstrong appears in a musical cameo. 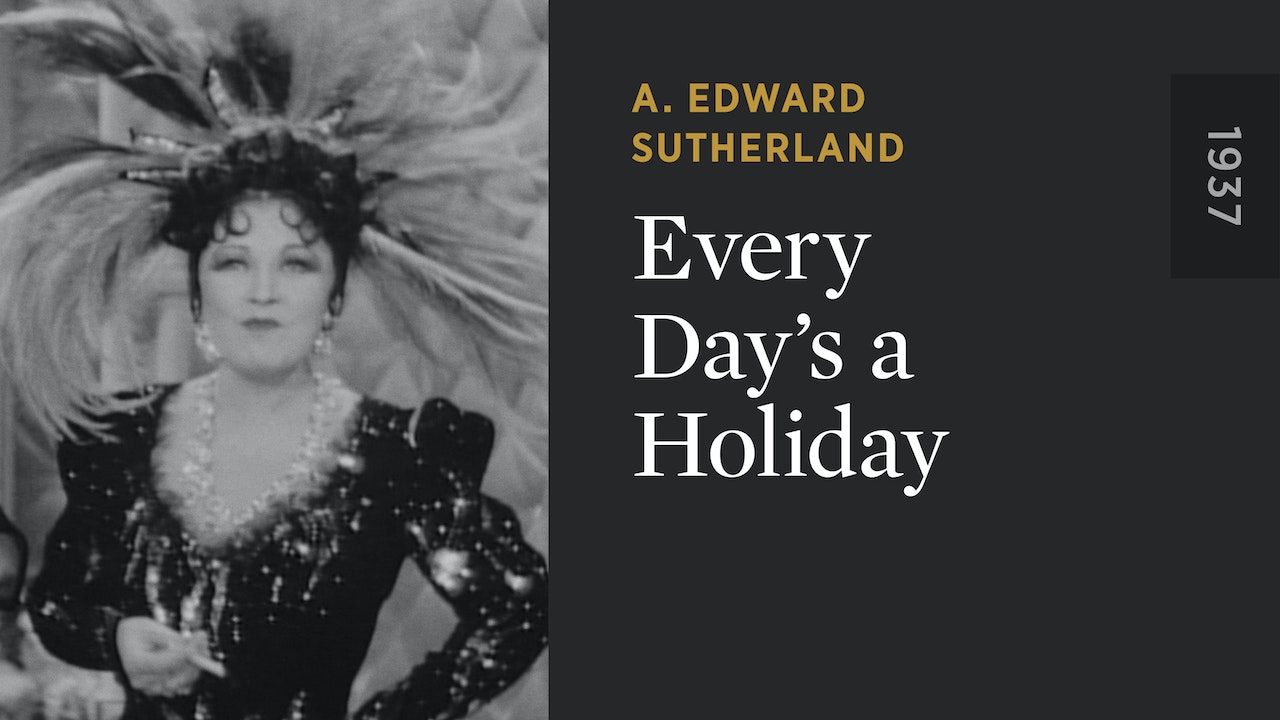