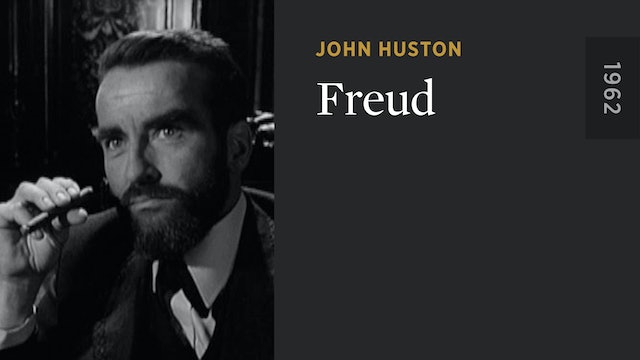 One of John Huston’s most fascinatingly experimental projects casts Montgomery Clift (broodingly intense in his penultimate screen performance) as Sigmund Freud, whose work with a troubled young woman (Susannah York) leads to his pioneering achievements in psychoanalysis. Scripted in part by an uncredited Jean-Paul Sartre (who had his name removed due to creative differences) and awash in stark, expressionistic dreamscapes, FREUD represents Huston’s daring attempt to make visual the innermost mysteries of the mind.