Nicole Holofcener offers a painfully hilarious look at class relationships via a portrait of four women whose longtime friendship is challenged by the growing disparity in their degree of financial comfort. Each well-heeled and married, Frannie (Joan Cusack), Jane (Frances McDormand), and Christine (Catherine Keener) share a concern for their friend Olivia (Jennifer Aniston), who seems unable to make a living or sustain a relationship—at least by their standards. But the more the three examine their own circumstances, the more their doubts about their marriages and careers grow. Boasting sharp-witted performances from its ensemble cast, FRIENDS WITH MONEY displays Holofcener’s unparalleled gift for crafting richly drawn characters whose flaws and foibles are all too real and recognizable. 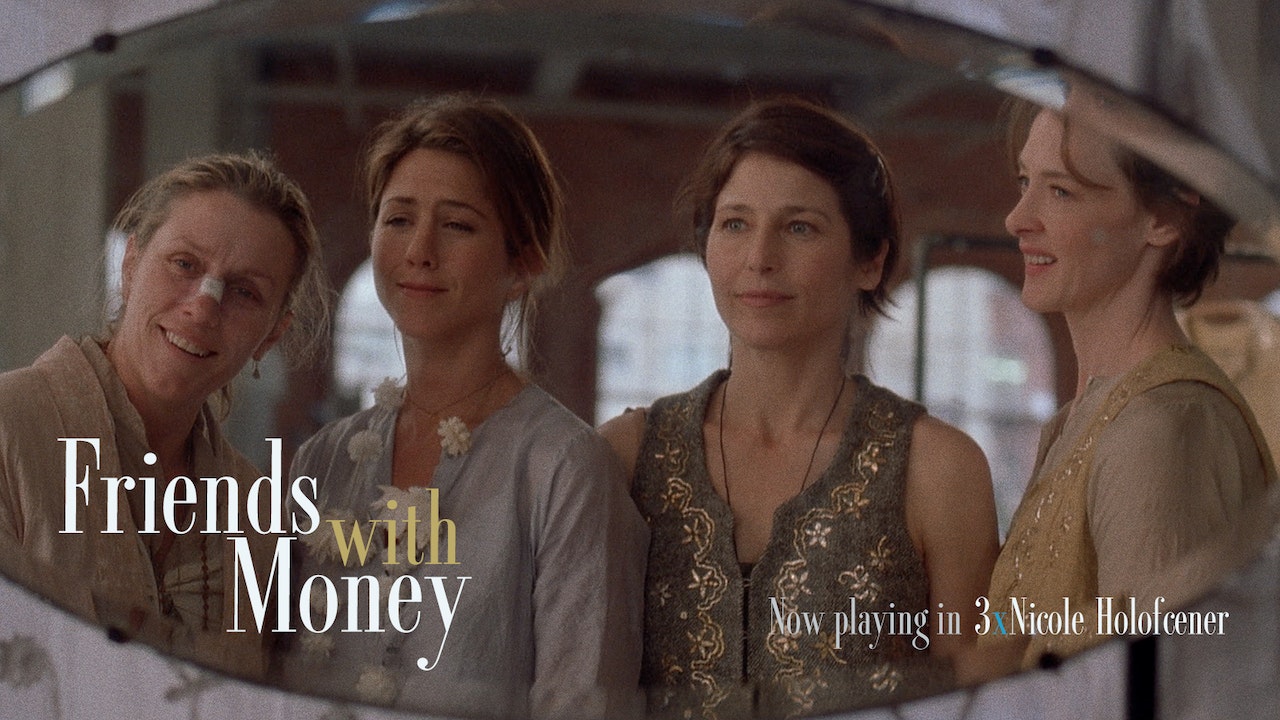