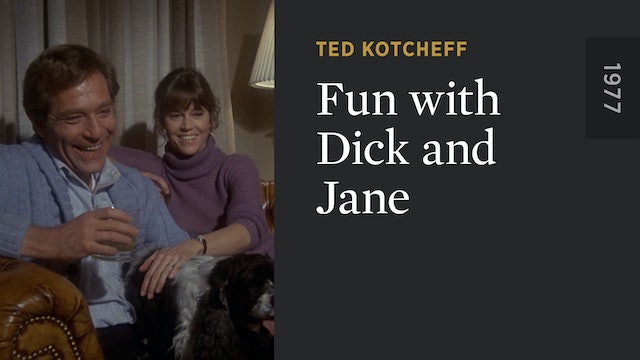 Fun with Dick and Jane

Dick (George Segal) and Jane (Jane Fonda) are an upwardly mobile young couple building a picture-perfect life for themselves. They have an eleven-year-old son named Billy, a dog named Spot, a fine house in the suburbs, and a mailbox crammed with bills. When Dick’s boss (Ed McMahon) lays him off from his job, the two hit upon a most unconventional scheme—armed robbery—in order to maintain their comfortable lifestyle. This wicked satire from director Ted Kotcheff delivers uproarious comic set pieces alongside a barbed takedown of bourgeois values. 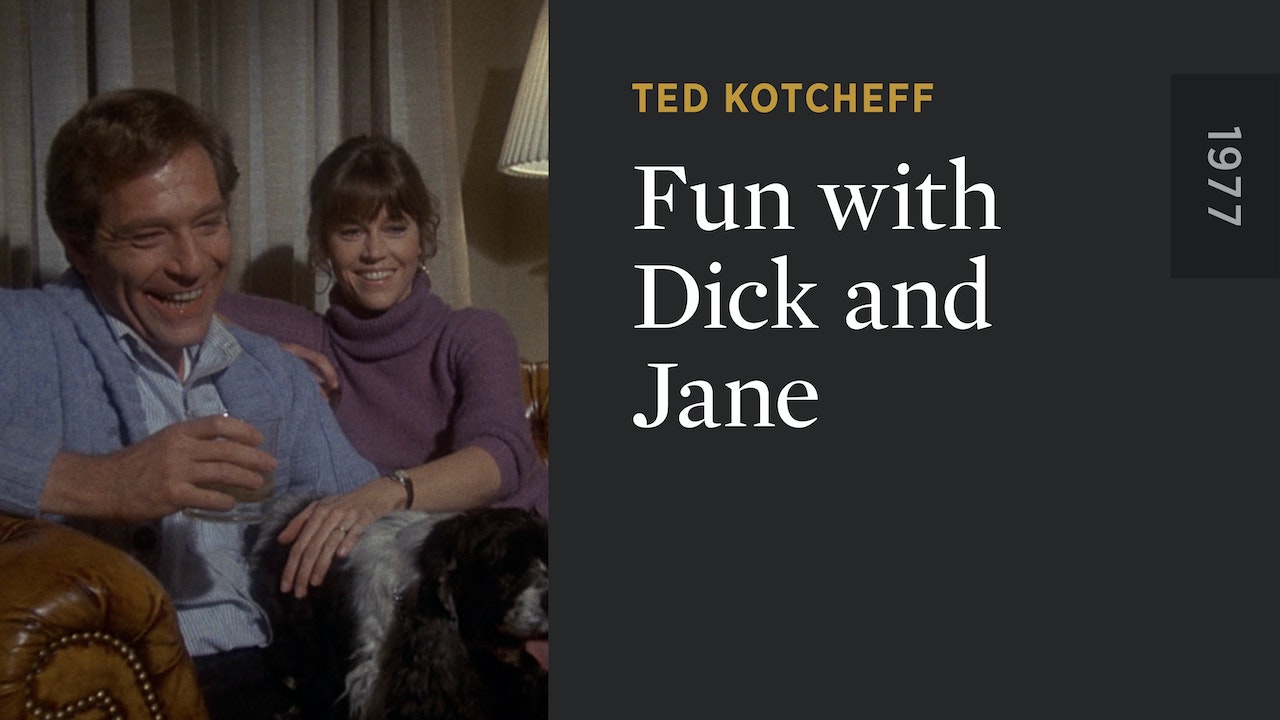