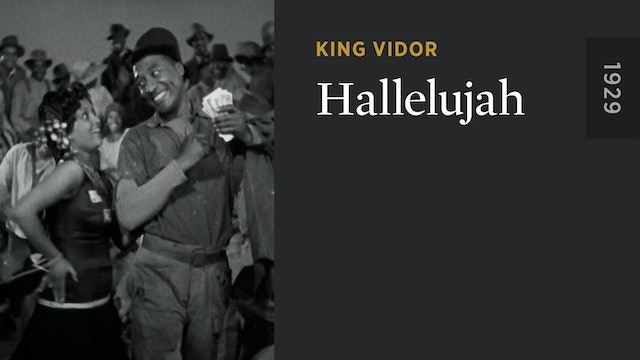 HALLELUJAH is a cinematic milestone: the first feature from a major studio to star an entirely Black cast, and the first talkie made by titan director King Vidor. Infused with spirituals, folk songs, blues, and jazz (Irving Berlin provided two songs for the production), this groundbreaking musical follows the fortunes of Zeke (Daniel L. Haynes), a poor cotton farmer, as he succumbs to the temptations of Chick (Nina Mae McKinney), a mercenary honky-tonk girl, finds salvation in religion, and falls again when his obsession for Chick overpowers his better self.