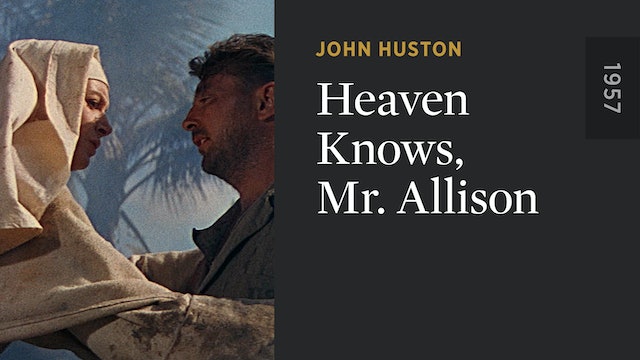 John Huston reworks the ingredients of THE AFRICAN QUEEN in another tale of wartime adventure and odd-couple romance. Robert Mitchum is the American marine who finds himself marooned on a Japanese-occupied island during World War II, alongside an Irish nun (Deborah Kerr) with whom he forms a deep emotional bond that gradually blossoms into love. The palpable chemistry between Mitchum and Kerr, marvelous CinemaScope cinematography, and Oscar-nominated screenplay by Huston and John Lee Mahin come together in a captivating survival saga that Mitchum would cite as his own personal favorite among his films. 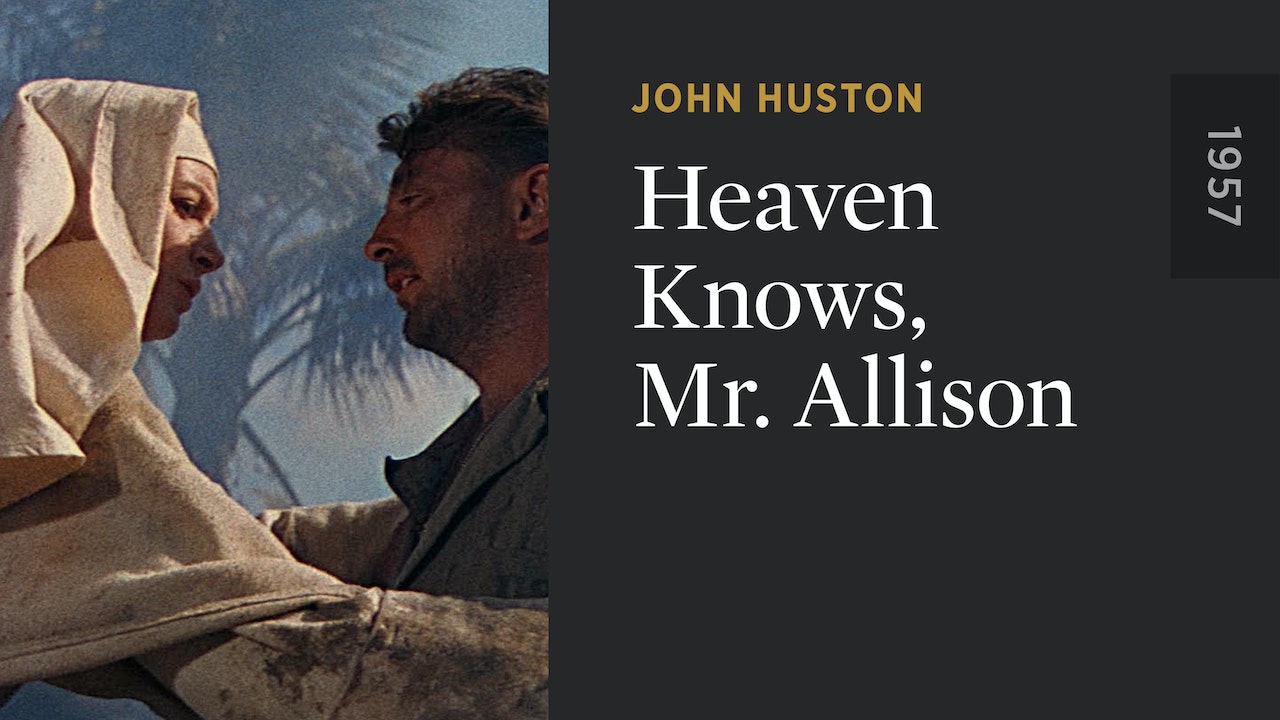