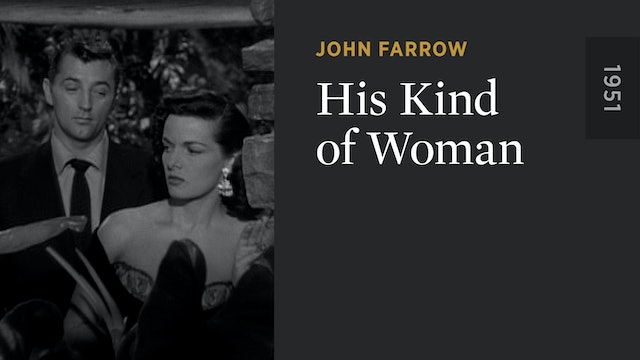 His Kind of Woman

This offbeat noir gem from genre specialist John Farrow brings together a crackerjack cast—including Robert Mitchum, Jane Russell, Raymond Burr, and Vincent Price (playing, appropriately, a ham actor)—for a twisty tale of crime and deception shot through with dashes of parodic comedy. Mitchum is professional gambler Dan Milner, who’s so hard up for cash that he is willing to sell his name to Nick Ferraro (Burr), a mobster in need of a new identity. Summoned by Ferraro to a luxurious Mexican resort, Milner finds himself embroiled in a scheme far more intricate and dangerous than he anticipated. 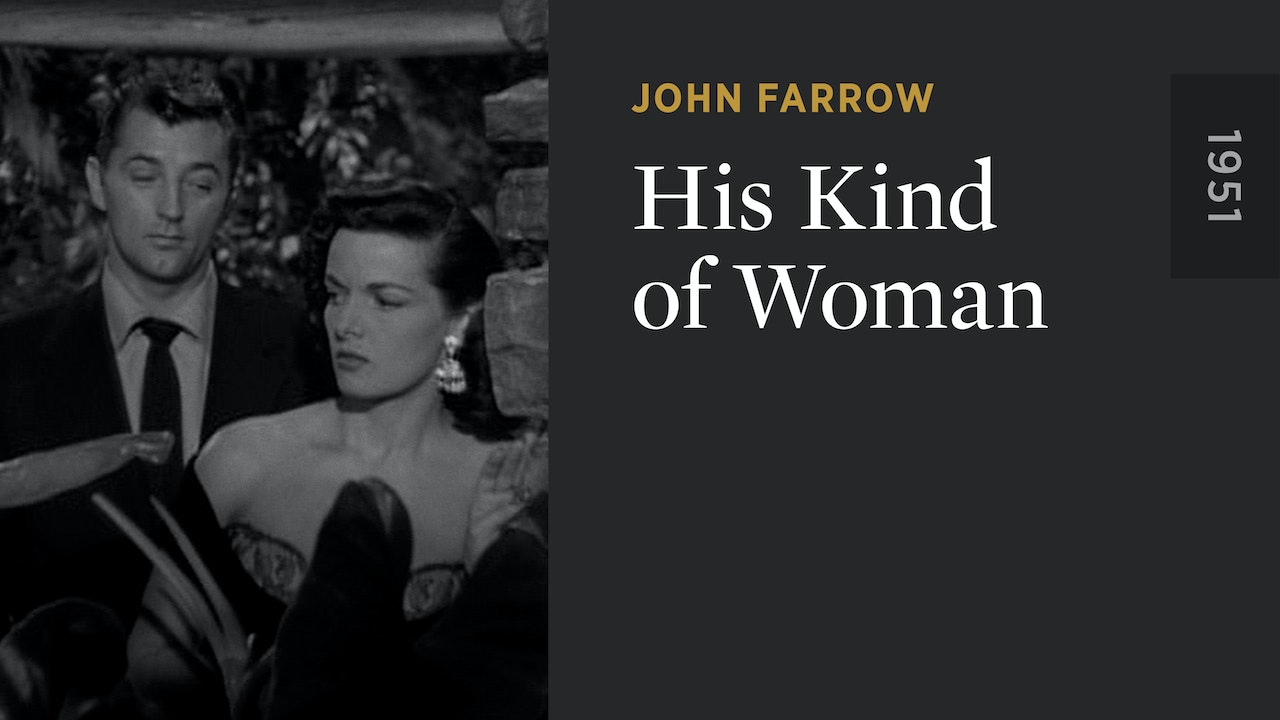