Samuel Fuller makes explosive use of the widescreen frame in this dynamic thriller shot entirely on location in postwar Tokyo. Down-and-out ex-GI Eddie (Robert Stack) arrives in Tokyo and, while trying to make some quick cash by shaking down pachinko parlor owners, falls in with the gang run by ruthless racketeer Sandy Dawson (Robert Ryan at his charmingly sociopathic best). But not all is as it seems—Eddie’s got a secret that threatens to tear Sandy’s gang apart, culminating in an eye-popping amusement-park climax high amid the Tokyo rooftops. 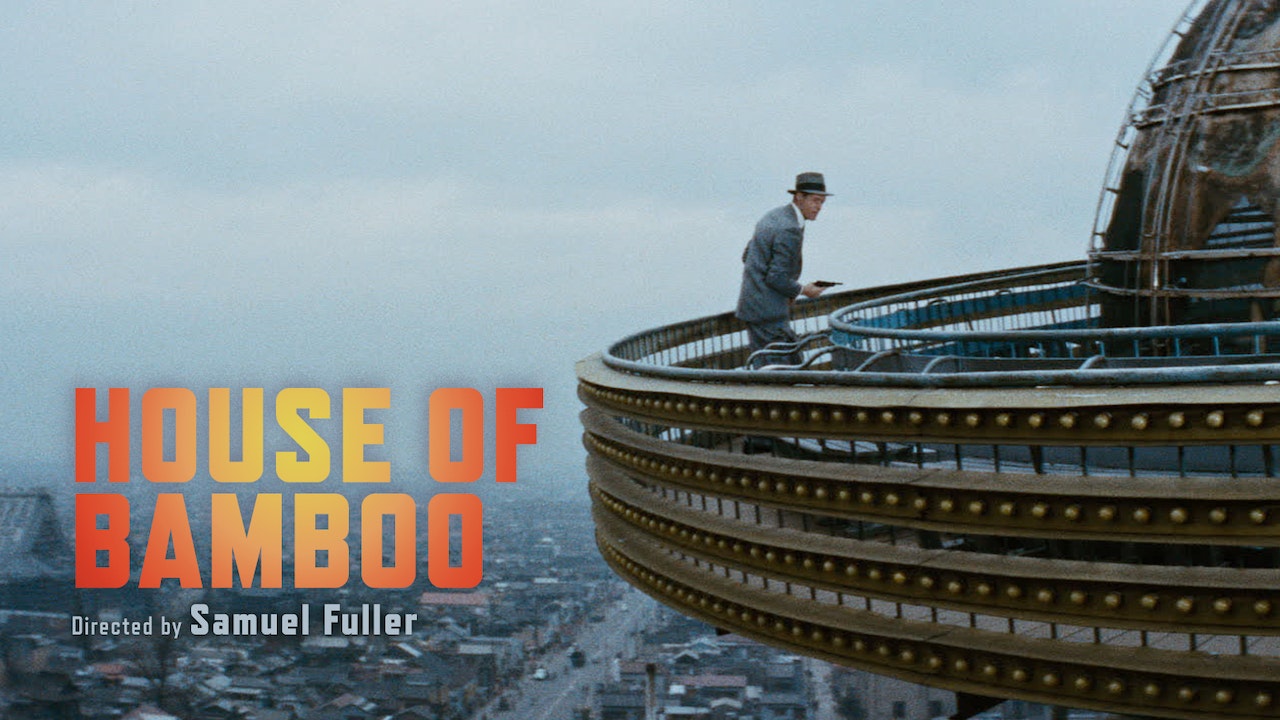