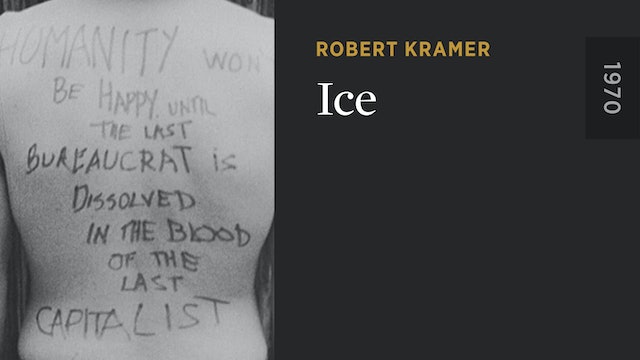 Shot with documentarylike immediacy on the streets of New York City, this innovative independent thriller centers on a band of revolutionaries plotting to overthrow a fascistic political regime. Using a fictitious war with Mexico as an allegory for the conflict in Vietnam, director Robert Kramer employs a striking mix of dystopian science fiction, faux vérité realism, and agitprop to dramatize the inner workings, disputes, and tensions within the group as they plan guerrilla attacks against the American government. A landmark of leftist filmmaking in America, ICE is more than just an essential time capsule of post-1968 political thought; its lessons on radical resistance and struggle remain as timely as ever. 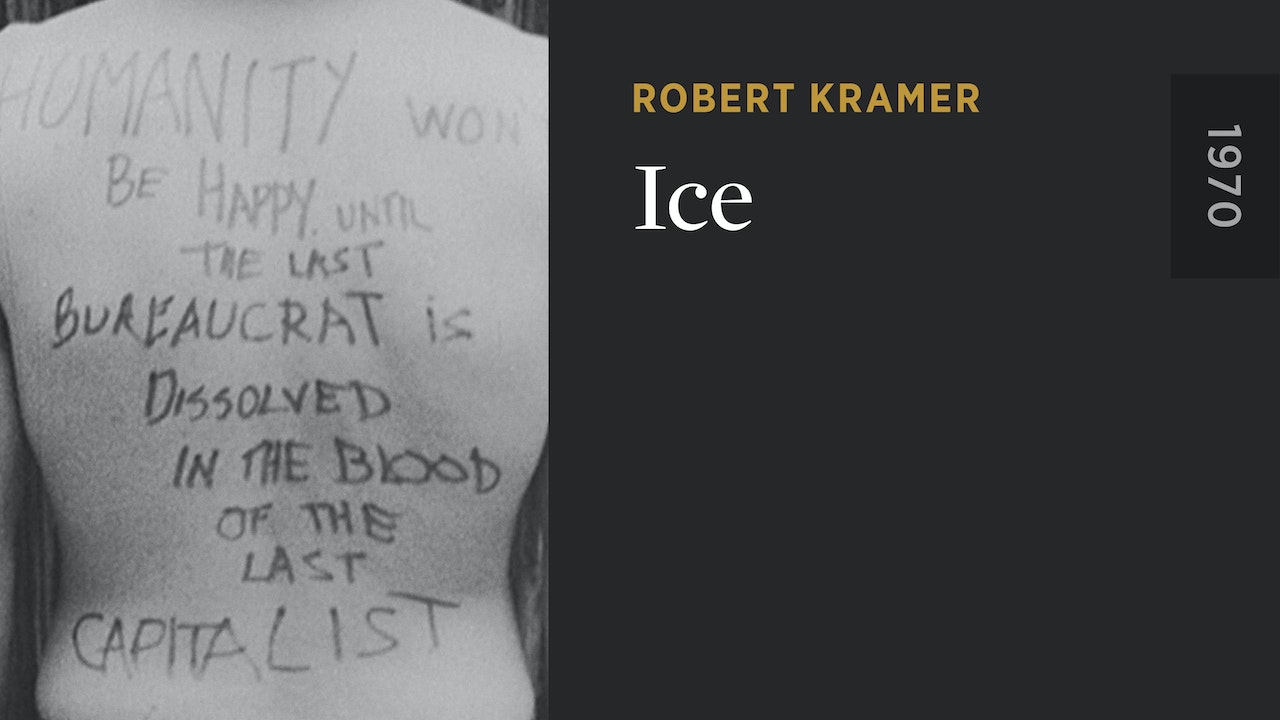