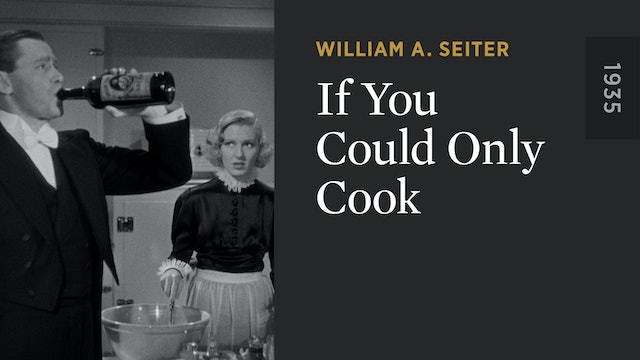 If You Could Only Cook

Jean Arthur and Herbert Marshall make a superb comedy team in this breezy, Depression-era tale of mistaken identity and romantic misunderstanding. Fed up with his board of directors, wealthy auto magnate Jim Buchanan (Marshall) goes for a walk in the park, where he meets Joan Hawthorne (Arthur), an unemployed woman who has just been evicted from her apartment. Mistaking Jim for a fellow down-and-out, Joan suggests a scheme to get work: posing as husband and wife in order to land a job as live-in cook and butler to a bootlegging gangster. On a whim, Jim agrees to play along with the charade—but first he’ll need a lesson or two from his own butler.