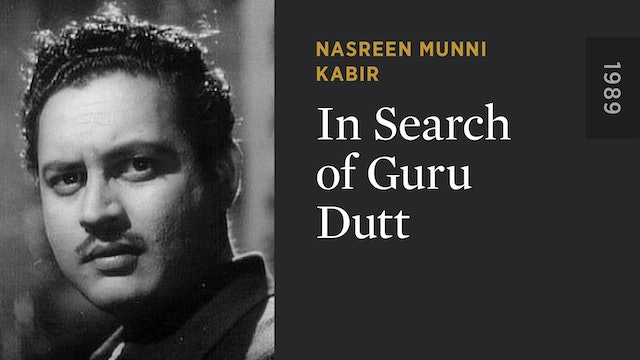 In Search of Guru Dutt

Produced for British television’s Channel 4, this three-part documentary examines the influential life and career of Guru Dutt, one of Indian cinema’s most revered auteurs. Through interviews with those who knew and worked with the director-producer-actor and a wealth of archival film clips, IN SEARCH OF GURU DUTT reveals the legacy of a genius sometimes referred to as India’s Orson Welles, who revolutionized Hindi cinema with his striking artistry and profound personal themes but whose turbulent personal life led to his premature death at age thirty-nine. 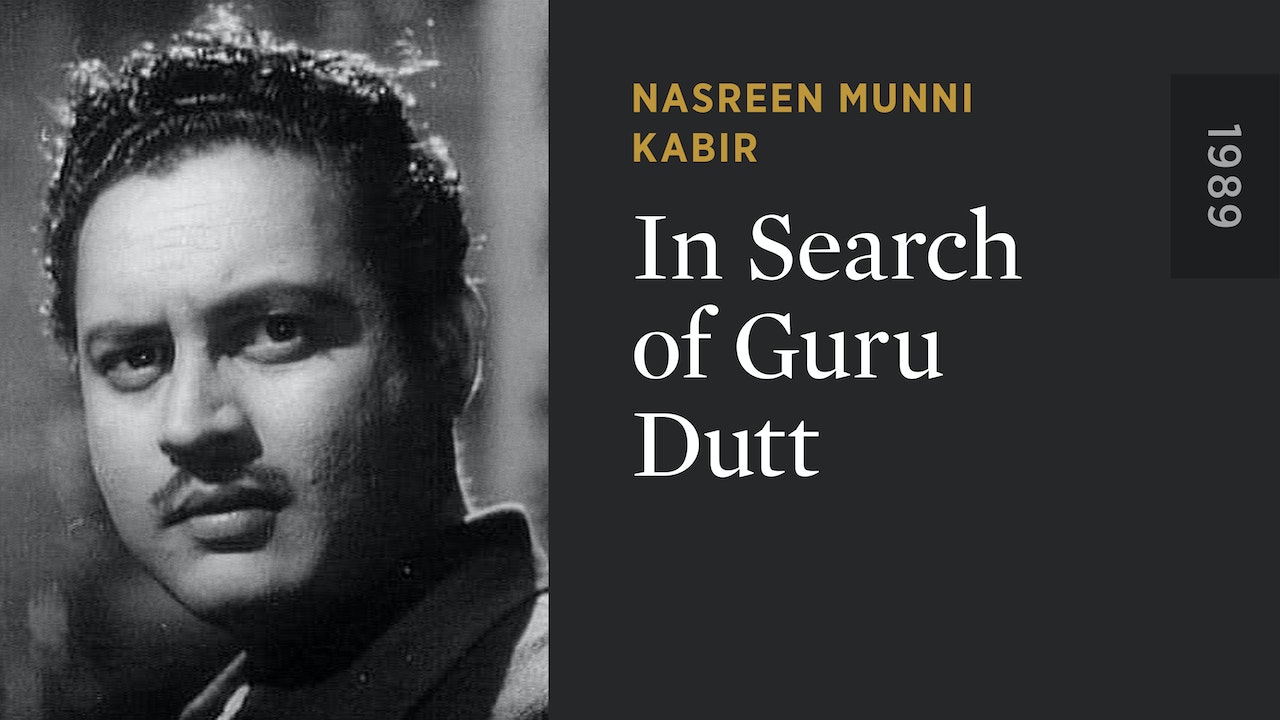