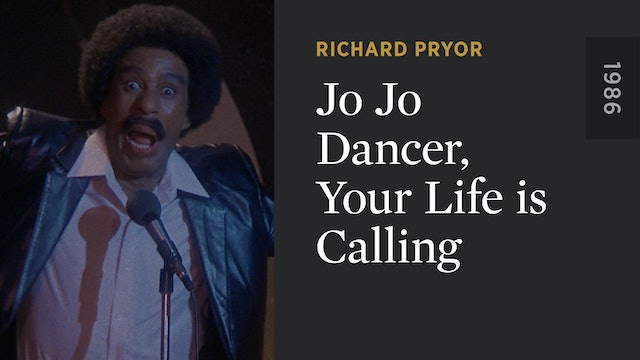 For his directorial debut, comedy great Richard Pryor drew from one of the most painful incidents in his own life to tell the story of one man’s journey through triumph and tragedy. At the peak of his popularity, comedian Jo Jo Dancer (Pryor) seems to have it all: stardom, movie roles, record deals. But the price he pays for fame and fortune is too great. After buckling under the pressures of success and suffering a life-threatening accident, Jo Jo examines his life over the past four decades—from his upbringing in a brothel, to performances in seedy cellar nightclubs, to ultimate stardom as a rowdy, irreverent comic. Featuring music by Herbie Hancock and a score of classic R&B hits, JO JO DANCER, YOUR LIFE IS CALLING is a fearlessly personal statement from one of comedy’s most influential figures.